IGS opened its first vertical farming demonstration facility in August 2018. Since that announcement, the company has received significant interest from around the world with orders mounting for its patented technologies. 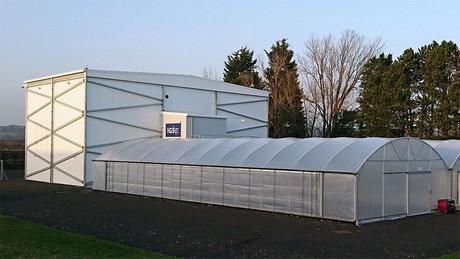 Removing economic and operational barriers to growth
IGS’ technology has been designed specifically to address some of vertical farming’s biggest challenges, including the cost of power and labour, as well as the inability to produce consistently high-quality produce at scale. These economic and operational barriers to growth have inhibited the sector’s expansion to date. IGS has designed all its products to be highly pragmatic, flexible, modular and scalable in-line with market requirements.

The £5.4 million investment will allow IGS to create jobs in areas such as software development, engineering, robotics and automation. It will also help IGS to increase its product development, including continued innovation in AI, big data and the Internet of Things. IGS will also be building global marketing, sales and customer support teams in three continents. 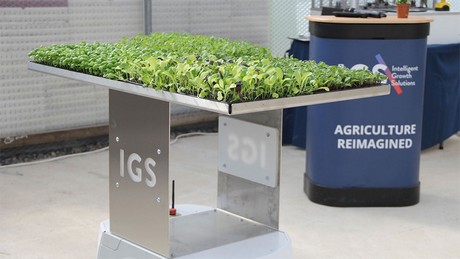 This growth is pivotal for IGS to meet significant demand from growers, retailers and governments aiming to address food security issues through alternative methods of production and new business models in their regions. In 2019, IGS will be deploying indoor farming systems for clients in every major territory globally.

The Series A funding round was led by S2G (Chicago), the most active agri-foodtech investor globally in 2018, with online venture capital firm AgFunder (San Francisco), the second most active and Scottish Investment Bank (SIB).

Grocery and food service firms
“Indoor agriculture production is at a tipping point. Grocery and food service firms have never been more interested in adopting this in their future supply chain. Cost and quality of product will be critical to scale this adoption. IGS’s revolutionary technology has proven itself to reduce power consumption, improve ventilation and hence reduce the capital and human costs to deliver fresh and differentiated products to consumers,” commented Sanjeev Krishnan, Managing Director of S2G Ventures. “We are excited IGS will help enable this emerging movement”.

“We see IGS as the perfect foray for AgFunder into the indoor agriculture arena,” said Michael Dean, founding partner at AgFunder. “As a developer of highly sophisticated energy and control system technologies for third-party indoor farms, IGS satisfies our bias for investing in enabling technologies rather than technology-enabled production with the inherent risks associated with building and operating a large asset.”

Kerry Sharp, Director of the Scottish Investment Bank, said: “We are delighted to support the continued development of IGS as it looks to take its technology to the global marketplace. The company has been account managed by Scottish Enterprise since 2014 and has received both financial and non-financial assistance covering innovation and R&D as well as supply chain management and international market entry.  The company has made significant progress over the last 12 months and has assembled an impressive team with a clear focus on taking the IGS offering to an international market.” 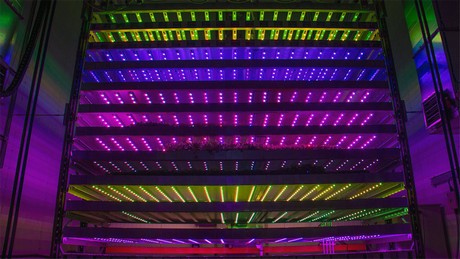 IGS Chief Executive Officer David Farquhar said “We are thrilled to have the backing of the world’s leading agri-tech investors and the Scottish Investment Bank. We have recruited a world-class international management team, to be announced soon, to drive our plan forward with support from a board of senior international business people bringing industry expertise and best practice governance to the table.

“This industry is just at the starting line and we look forward to working with our customers, partners and colleagues at the James Hutton Institute to enable the highest quality produce to be grown at economically viable prices and help feed the burgeoning global population.”

"225 per cent compared to growing under glass"
The Scottish-led R&D team at IGS has developed, patented and productised an IoT-enabled power and communications platform consisting of patented electrical, electronic and mechanical technologies. All this is managed by a SaaS and data platform using AI to deliver economic and operational benefits to indoor growing environments across the globe. According to IGS, this technical solution enables the potential for reduction of energy usage by up to 50 per cent and labour costs by up to 80 per cent when compared with other indoor growing environments, and it can produce yields of 225 per cent compared to growing under glass.

Thorntons’ corporate and commercial team (led by Alistair Lang and with support from Victoria McLaren and wider team) acted for IGS throughout the Series A funding process.

A Shepherd and Wedderburn corporate team (led by Stephen Trombala with support from Christina Sinclair and Cath Macrae) acted for Chicago-based S2G Ventures – the lead investor in the first closing of the series A financing of Intelligent Growth Solutions Limited.