The shareholders agreement was signed this week between Jiashan Sino-Dutch Industrial Park Investment Company and Dutch Greenhouse Delta. This marks the start of the joint venture for the development of a high-tech Agriculture Park in China. The park will be the Chinese landing site for Dutch top expertise from the entire horticultural chain and covers around 400 hectares. In the greenhouses, the business community will be demonstrating the most advanced horticultural technology and fresh produce can be grown here. The harvested crops can possibly be sold directly to the Chinese market via e-commerce giants such as Alibaba. 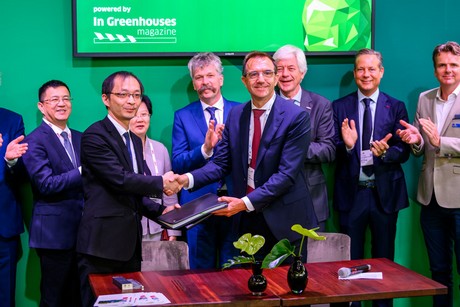 A strategic memorandum was signed in October 2018 in the presence of Chinese Prime Minister Li Keqiang and Dutch Prime Minister Mark Rutte. This joint venture is the next step and will be given the official name: Greenport Jiashan Sino-Dutch AgTech Co. The park will be realized within five years and is part of the Jiashan Sino-Dutch Industrial Park that's been under development since 2014. 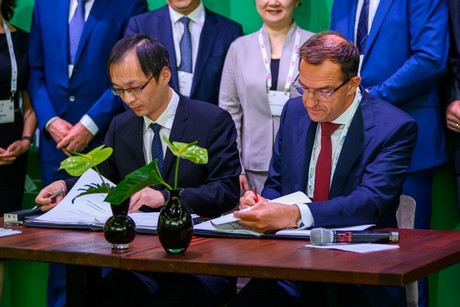 The signing of the shareholder agreement took place at the GreenTech trade fair by Mr. M.A. Jun, chairman of Jiashan Sino-Dutch Industrial Park Investment Company and Eric Egberts, director of the Dutch Greenhouse Delta foundation. The ceremony took place in the presence of Mrs. Xu Qing, vice mayor of Jiaxing City, Party Secretary of Jiashan county and Henk Stigter on behalf of the agricultural council and embassy of the Kingdom of the Netherlands in China. 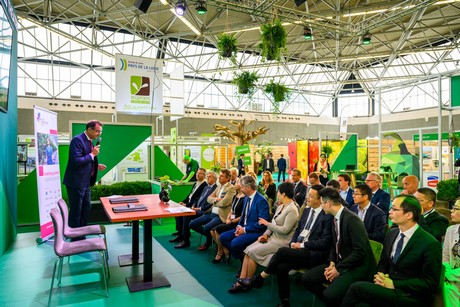 Innovation park
Sino-Dutch High-Tech Agriculture Park is currently the only leading innovation park where the Dutch and Chinese sector cooperate extensively. The Jiashan Region is located in the heart of the most developed economic region in China, the Yangtze River Delta, near the city of Shanghai (20 minutes by high-speed railway). More than 30 million Chinese consumers live in Shanghai. The large Jiashan Sino-Dutch Industrial Park, of which Sino-Dutch High-Tech Agriculture Park is a part, also includes the largest Heineken brewery in Asia.