Five things you might not know about the (bumble)bee

While everyone knows and enjoys the work of the honeybee, there is still a lot to discover about its larger family. Mainly the bumblebee deserves more recognition, for all the wonderful things it does. Davy Luyten, Business Development Director at Biobest reveals 5 important and amazing facts you probably didn’t know about the bumblebee.

Bumblebees can be even more effective pollinators than honeybees
“It’s true! Especially in colder climates, bumblebees are more effective than honeybees because the latter need warmer conditions in order to fly. Bumblebees are more used to cold weather, and they are friendlier towards humans as well. This makes them the ideal partners for horticulture. While the honeybee is the best-known bee, the bumblebee is the true star!” 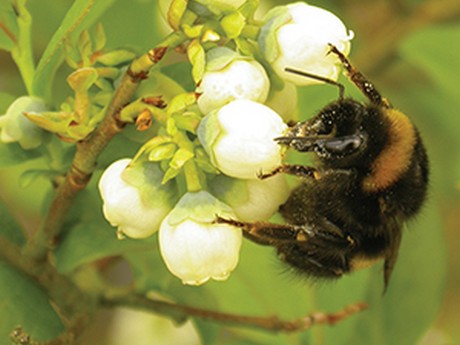 How do bumblebees locate their nests?
“Bumblebees are excellent girl scouts; they’re always able to locate their nests. To navigate their environment, they mainly use visual spots, landmarks that provide guidance. When a bumblebee leaves the nest, it remains close by at first to get a clear impression of its surroundings. Over time, they keep moving further afield, sometimes up to five kilometers from their nest! In addition to landmarks, light polarity plays an important factor and some scientists even say that bumblebees can use an internal magnetic compass to find their way home. But their visual beacons only go so far: if you were to move its nest far enough away, it wouldn’t be able to recognize it anymore, and it won’t find its way back home.”

How do bumblebees communicate?
“It is known that honeybees use specific dances to communicate with each other. They do that to relay the locations of flowers and other food nearby. Bumblebees, however, don’t dance to each other. Instead, they use their wings’ vibrations and chemical signals (like pheromones) to communicate. But they never communicate on the whereabouts of flowers and instead they find their own food. That is another reason why bumblebees are more popular for pollination: if one finds tasty food outside of the designated crop, the others won’t simply follow, as honeybees would do.”

What would a world without bumblebees look like?
“People often think that a world without (bumble)bees would be devoid of flowers, fruit and vegetables altogether. That’s not entirely accurate. There are still other insects that pollinate crops – and some fruits and vegetables don’t really need pollination to bear fruit – but not only are they far less efficient, crops would be smaller and less tasty. Prices in the supermarket would spike and diversity would take a serious hit. That is why bumblebees are nonetheless a very important factor in sustaining an ecosystem.”

Why are bumblebees so fluffy?
“Bumblebees are amongst the fluffiest bees you’ll find. It has a very practical reason: when they pollinate flowers, they’ll shake their flying muscles to loosen pollen on flowers. The heavy shaking also produces a lot of warmth, which bumblebees use to both warm themselves and their nest. The long hairs help them to keep that warmth inside. This is why they are able to start flying very early on in the year, while bees (which have far less hair) have to wait for warmer months.”