Believing in LED or choosing for HPS?

"What started as interlighting, was followed by the top light. How long it will take before every grower has full LED lighting in their greenhouse, we do not know, but we have come a long way with regard to technique. Still, not every grower is making the switch to LED, and that is because HPS has proven its worth in the past years." This is what René Polak tells us. After a little detour in water purification, he returned to familiar grounds at the end of last year. Since October, he's been working for BLV, where he is responsible for the sales in the Benelux. Over the years, he has gained a lot of experience in the development of lighting in horticulture. 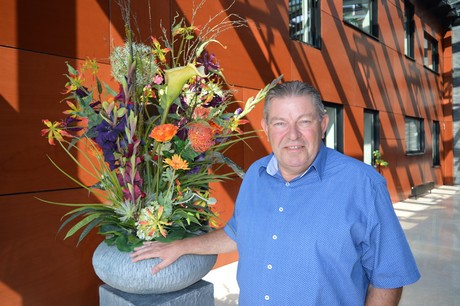 Ten years development of LED
"When I started ten years ago, we were solely working with high pressure sodium lamps with electromagnetic fixtures. Over the years, both the electronics and the lamp has been further improved. The focus is now on LED lighting, which should provide energy savings. In the beginning, we needed lots of LEDs to produce the same quantity of light as a traditional HPS lamp. After 10 years of testing and developing, we have almost reached the stage that a 1000 Watt fixture can be replaced 1 on 1 with an LED fixture." 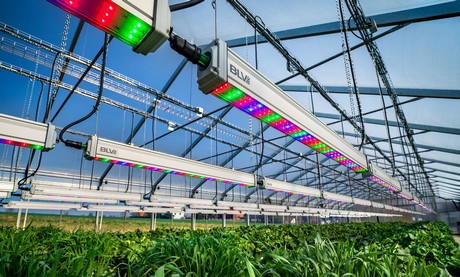 Replacement?
In spite of this, a lot of growers still opt for HPS. "Everybody believes in LED, but in recent years HPS has proven itself beyond doubt in the Dutch climate. The main advantage of HPS lamps is that they do not only supply light, but also heat. If you opt for LED, you'll have to install growth tubes to maintain the temperature for the plants. In southern countries, growers more easily purchase full LED lighting, while growers in the north really need the heat supplied by the HPS fixtures."

Heat and co-generation
The Northern European grower who does purchase LED, may have different reasons for doing so. "If they want to increase their lighting, they can choose for LED so the thermal management remains unchanged. Others choose LED because they have an electricity surplus of their co-generation. Too little for HPS lamps, but enough for LED fixtures to expand their lighting."

Return on investment is becoming shorter
René: "Furthermore, the lower energy use of LED is of course an important reason to purchase LED fixtures. The investment is, in many cases, even 5 to 6 times higher, making the return-on-investment period quite a bit longer than with traditional fixtures. To reduce your energy use in the long term, you first have to pay up to make the switch. The return on investment has become shorter in recent years, and as we sell more LED, the gap will become smaller."

Open reflector
HPS and LED, BLV sells both. All is done in-house by the originally German company, the production of the lamp, the ballast, and the fixture with the open reflector to reduce the heat in the lamp and electronics. "The two openings on the side of the lamp release the heat. This benefits the longevity of the lamp." The system has been developed in Germany, and is produced in the BLV branches in Germany and Poland. The international sales team of BLV operates from Munich, Germany, Warsaw, Poland, and Oude Meer in the Netherlands. "This not only makes us flexible, but sometimes - given that every intermediary in a chain wants to make some money - more attractive in terms of price."