Last week the construction of a greenhouse was started in Mogadishu, Somalia. The farm will be 2460 m2 in size. It might not be very big, but when speaking to the initiators of the project it is clear that their goals are super big. "Now we grow to 8000 m2. Our goal is to reach 30,000 m2 by the end of this year and 100,000 m2 by the end of 2020", the team with Agrikaab shares. "We are building farming projects that contribute to the food security of the local communities." 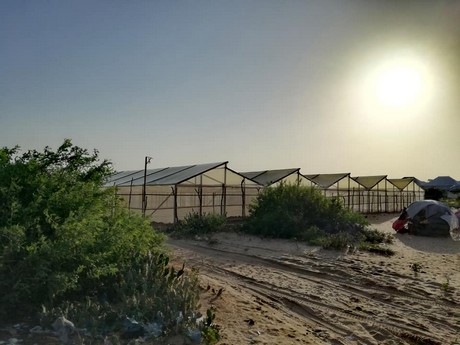 "Somalia is facing severe problems with food production as traditional farmers cannot sustain their farms due to lack of water and rivers drying up. By using greenhouses we are saving water and have the ability to grow food anywhere in the country because of water savings and fewer problems with diseases and pests." Speaking is the team with Agrikaab. The agrifood tech startup wants to make investing in the agricultural industry easy. The company came into being when founder Mohamed M Jimale, who grew up as a nomad in Somalia, heard how Somalia was hit by severe drought and wanted to do something. He combined his connection to the nomads with his IT skills to build an app that allows people from all over the world to invest in farms in Somalia and create jobs for the nomads. 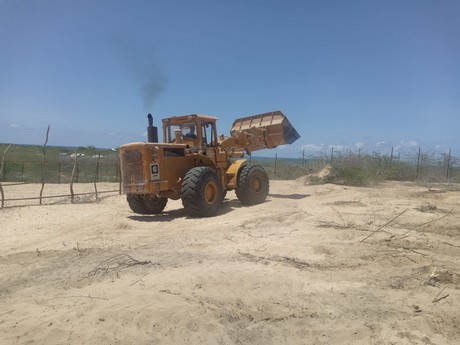 "Basically, investors can invest in the harvest by square meters. All of the space is investable through our app. Let's say if we build a greenhouse of 1000 m2, users can invest from 20 m2 and get a share of the revenues from the sales of the vegetables based on their investment. We use the investment to fund the construction and the expenses before the first harvest", they explain.

The produce is supplied to local traders, normally women who retail the vegetables to generate income. "That's where our mission is shown: creating a livelihood for more people beyond the ones who work at our farms." 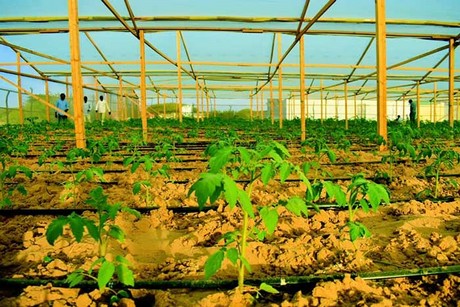 In the greenhouse tomatoes will be grown, as the demand for those is high in the city. The construction is expected to take about 2-3 weeks to be completed, since most parts of the greenhouses being built are made of netting. "The temperatures are not very high in Somalia, usually around 30 degrees Celsius, so we can do perfectly fine with these houses", they explain. It might be clear: the biggest challenge in growing in Somalia is not the heat, but water. 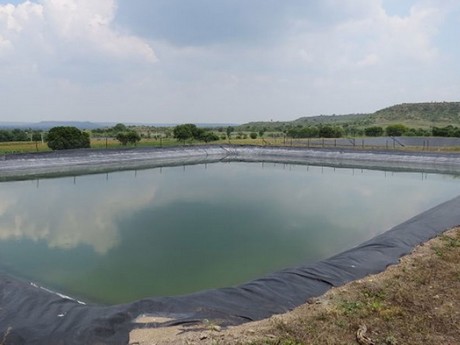 "Although we are saving water by using greenhouses and drip irrigation systems, it still costs us a lot of money to pay for the water and also due to lack of it, we are not able to build farms as fast as we wish. However, we are addressing this by building farm ponds in the summer to harvest rainwater."

Expansion
After the construction of the current greenhouses, the seeds will be planted for nursing and then planted in the farm. For this greenhouse, an experienced agronomist is hired to optimize production. After the completion of this farm, the engineering team will travel to Galkacyo to build the next farm near one of Somalia's biggest cities.

Currently Agrikaab is focused on Somalia/Somaliland, but their plan is to expand next to Kenya and Ethiopia as the climate and culture are similar. "And we have good connections in those countries. But right now, we are not even close to meeting the demand in Somalia."