According to Dick, in Iran and in surrounding countries there is a huge demand for horticultural products and know-how. Last week the IGTF was visited very well, with many buses filled with growers stopping at the show and a vivid atmosphere as a result. Dick explains how horticulture is an important industry in Iran and how the Iranian government plans to bring the industry to the next level by adding 50,000 ha of greenhouses. "And in the country there is enough money available to do so." 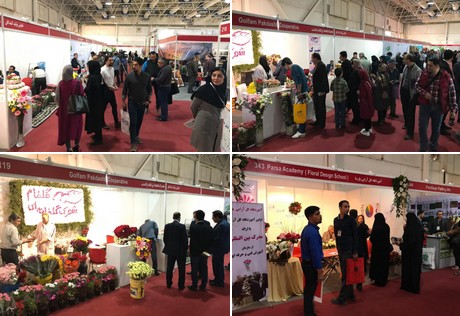 However there are challenges for the market. In total, 115 companies exhibited at the IGTF. These were mainly Iranian: various international exhibitors are holding back their Iranian activities because of the sanctions and banking rules. According to Dick, that's a pity to both the Iran industry as well as these suppliers. "Horticultural products are no part of the US sanctions so delivering and building should not be an issue. Therefor it seems as if some suppliers are exaggerating their response and believe to not do business with the US at all any more. Let's face it: the US itself exported record numbers of produce to Iran last year!"

He refers to the International Food and Tech show, which will be organised in May. "Italy, Germany and many other countries will be present with a pavillion - but Netherlands, the number 1 food exporter, is missing. It seems like the Dutchies are overreacting a bit." 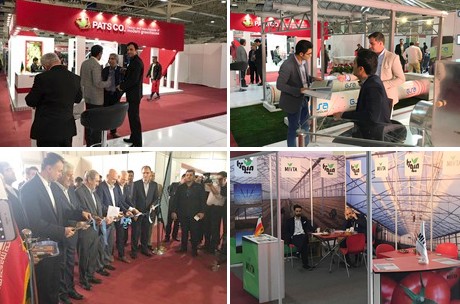 In regard to the payment sanctions and bank transactions, Dick sees opportunities. "The banks no longer cooperate - which is the same situation as before. You go back to how one did it in the past. That worked then and it works now too."

Fortunately the absence of foreign exhibitors did not affect the interest in the exhibition. "The several seminars, with foreign speakers, were well attended and were appreciated by the visitors." And so Dick expects the international participation to be back in the 2020 edition. "Hopefully they will see there's opportunities being missed here in Iran and that it's an important horticultural exhibition to participate in - which is what many international suppliers commented on when visiting the show."

Jasper van Dijk with HPP sent some photos from the event. Check them out here.