"As a grower, I know how important a proper sounding board can be" 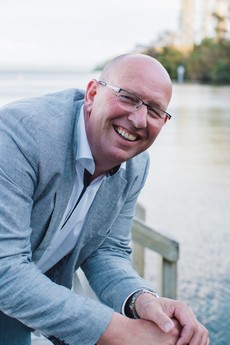 No grower can do without a decent sounding board. Even now, when climate computers and automated systems support growers all over the world in various ways, every day many decisions still have to be taken which have a great impact on the healthy growth of the plant. In 'greenhouse horticulture countries' such as the Netherlands and Belgium, you can go to fellow growers, and there are also plenty of cultivation advisers. In many other countries, this is different, and that is why Bert van Geffen is starting as a coach for growers worldwide. "As a grower, I myself have experienced the lack of a proper sounding board, and I now hope to fulfill that role for growers all over the world."

The name Bert van Geffen already gives the secret away: Bert is Dutch, and has a lot of experience in horticulture to boot. "I am the son of a grower. My father grew strawberries in spring and tomatoes in the fall. Later, it was flowers, such as the lisianthus and chrysanthemums, because the import of strawberries from Spain started to take off. When my father passed away, and I could not expand the company because of the zoning plans, I decided to emigrate to New Zealand."

Varying cultivation circumstances
From that moment, Bert gained experience in growing roses, tulips, tomatoes, bell peppers, and cucumbers. No longer in the Netherlands, Bert still kept a close eye on the developments in the sector. "Over the years I have learned to grow with the latest techniques, both conventional and organic, also in other countries than New Zealand. At the moment, I am growing in Denmark, but a month and a half from now, the Netherlands will again be my base of operations. Especially in the field of climate I have gained a lot of expertise."

Bert is now willing to share that expertise with growers all over the world. "I have personally experienced how it is to lack a sounding board as a grower, a sparring partner to discuss the decisions that have to be made in the cultivation to get the best out of the crops. Particularly smaller growers in sometimes quite remote areas can feel alone when it comes to growing. I want to change that. The profession of grower seems a dying profession in some countries, in spite of the high demand for the products." 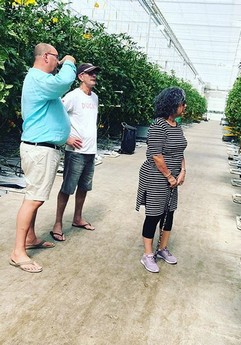 Looking 'over the shoulder'
Together with growers, Bert hopes to get the best out of the crop all over the world. Not just by giving advice, but also by teaching growers things. Climate is an important issue here. Bert likes to show people how to work with the Priva computer, which he has had good experiences with. "The climate computer makes it, even from a distance, possible to 'see' how the plants are doing."

But being a grower is more than just setting up a climate computer the right way. Bert: "You have to take a lot of different factors into account, and set the systems in the greenhouse in the right way to prevent diseases and pathogens, and achieve a good production at the same time."

In the coming time, Bert hopes that growers will give him the opportunity to 'look over the shoulder' in many different situations. "That is possible with modern communication means, but as often as the grower likes, I will be with him in the greenhouse. What is very important is that I will be there for support almost 24/7. I am already active in Romania, Kazakhstan, Canada, the United States, and of course New Zealand. Sometimes for short periods, but sometimes also for longer periods

I have noticed that, for small or remote companies, it is often difficult and expensive to gain knowledge about irrigation, climate, or pathogen control. With my experience and the modern techniques, I can also help from a distance, enabling me to offer my services without high costs, while the grower stays 'in control'.