"Construction was pretty laid-back, compared to our standard"

Den Berk Délice recently celebrated the official opening of the new 7-hectare location Den Horst in Merksplas, Belgium. Since the four tomato growers joined forces in Den Berk Délice, a lot has happened. The opening of the new location was a good opportunity for looking back a bit. At the same time, it was also good practice for the activities that will follow in the coming years, because Den Berk Délice is substantially scaling up and specializing. At the start of 2019, the construction of another 10 hectares in nearby Rijkevorsel will start for a total area of ​​38 hectares. 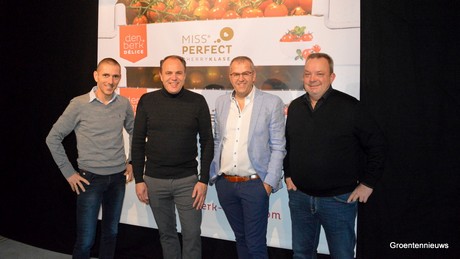 "Construction was pretty laid-back, compared to our standard," says Paul Van de Mierop, one of the four managers. The 7 hectares fell just outside a zone designated by the government for new construction, which made them choose to replace an existing bell pepper greenhouse instead. "In the middle of January the old greenhouse was demolished, after which we could start with leveling. It turned into quite a job because of the relatively large height differences and poor weather. First it rained a lot, then it was dry for a long time, which made it dusty instead."

In April, the construction of the new greenhouse could finally begin, and in the last week of November the plants went into the greenhouse. With the new building Den Berk Délice has grown from 44 to 51 hectares, making them one of the largest tomato growers in Belgium. "We are certainly not the cheapest with our own marketing department and our packaging facilities. We have chosen to do almost everything in-house (only sales go via Coöperatie Hoogstraten), because we believe it's the only way to grow tomatoes with the high quality we strive for. Good varieties are a strong basis, but with your cultivation you can add a lot."

Showing what you do
The company has three more managers in addition to Paul: Koen Lauwerysen, Luc Beirinckx and Hans Van Gool, the latter becoming more manager than grower. Paul: "Everyone has become a specialist in his own domain. Since a year and a half there's been a management team in place with specialists in areas such as labor, cultivation, packaging and finance. As a result, we divide the tasks over multiple people and, as business managers, we can just leave without any impact on business operations."

The risk of fast growth is that you slowly become blind to what you have created. "That is precisely why we also look back during this opening. It is important to celebrate such a moment with everyone involved." But outsiders also get the chance to see Délice on the inside. "It is always important to show customers what you are doing. For this reason we have two guides to give guided tours. Both young people and the elderly visit our company regularly and their enthusiastic and surprised reactions about what happens here are always fun to hear." 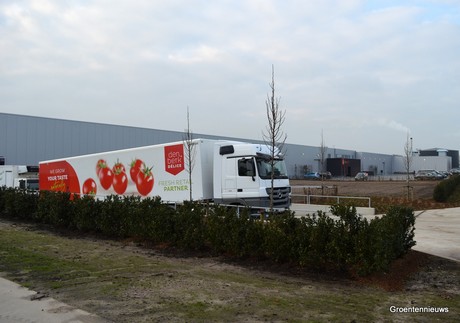 Now that the new greenhouse is in production and the opening is a fact, Den Berk Délice can start preparing for the next construction project. "In Rijkevorsel we are going to build phase 1 at a considerably faster pace. In week 38, the plants should go into the greenhouse. The focus is on growing snack tomatoes, but there will also be 4 hectares of vine cherry tomatoes. Customers have to be able to follow with the growth we are going through."

Take a look at the greenhouse and photos from the opening.