Specialties in the market

Argentina: A meteorological atypical season affects the production of vegetables

According to a newsletter from the INTA-CMCBA, 2018 has been an atypical season for the production of tomatoes and peppers in northeastern Argentina. "Protected horticultural production is a very intensive activity that depends on each campaign's climatic conditions. The climatic conditions in the 2018 campaign have been atypical."

The temperatures registered in the first four and a half months of this year were very high. "The low temperatures were slow to arrive, winter was late, and it was stronger than in the previous year. There were very sudden changes in temperatures, especially in the last weeks of May." 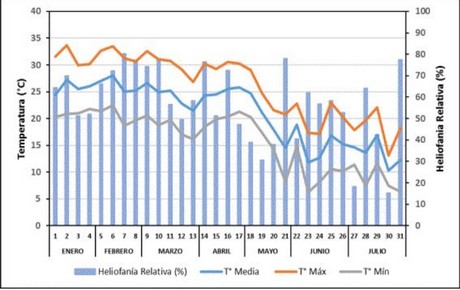 Tomatoes
The meteorological conditions were favorable for pests that affected the production of tomatoes. "In some cases, producers were forced to uproot their crops and re-plant them because there were too many insects and they were unable to manage the plague. In addition, the fruit had problems setting due to the low luminosity (associated with rains) and low temperatures recorded, mainly at the end of May. As a result, a lower amount of fruit was harvested." In addition, low winter temperatures delayed production.

Peppers
The situation was similar in the production of peppers. The plantations started in early January and were the most affected by the high temperatures. "The presence of very aggressive aphid populations affected their quantity and quality."

Although producers are discouraged from planting after March, the last plantations were the ones that had the best results. "Since the low temperatures arrived late, the crops entered winter in good growth and sanitary conditions, so the harvests coincided with the campaign's price peaks."

In general, the yields of both crops were lower than in the previous season. Prices accompanied this trend, and in some cases were lower than those obtained in the 2017 campaign. "Producers used less phytosanitary products and fertilizers because inputs prices are dollarized and were affected by the country's devaluation and inflation, which made them more expensive. As a result, the crops' condition was aggravated and the economic result of both species wasn't optimum for the 2018 campaign." 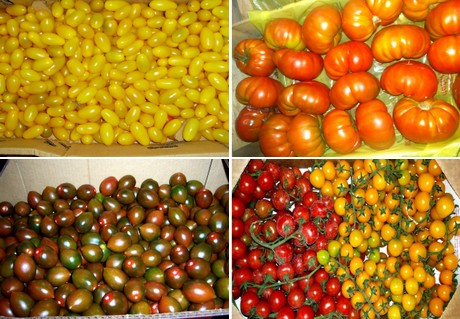 Tomatoes in the Central Market of Buenos Aires
For the year 2018, Corrientes is expected to have 1,500 hectares planted under this system. More than 85% of the crops are concentrated in the departments of Lavalle, Bella Vista and Goya, in that order of importance. "The traditional tomato offer, which has the biggest volume, is made up of commercial round varieties (common and long lives), or of the pear varieties. Now there are other varieties that have a lower offer in the market."

According to the newspaper, the tomato is the second most important vegetables, by volume, in the Central Market of Buenos Aires. In addition, it is important to mention that there has been a diversification of varieties. Different tomato varieties, such as the Corazon de Buey, cherry tomato in different colors, Kumato, and Raf tomato varieties, are arriving to the market. It's becoming less and less of a commodity because it is creating its own niche markets.