Suppliers of bell peppers are reporting that it's been a slow start for the Florida bell pepper season. It's unclear what the reason for this is as the weather has been largely favorable in South Florida, the location of the current season. Additionally, there are reports of a lighter crop which has been attributed to reduced acreage. Now that the season is finally underway though, supplies are improving.

"It took a while for the bell pepper season to get started in South Florida, but it finally seems to be moving along well now," observed Tom Nicholson of Ben Bud Growers. "Most supply is now coming out of the Southeast and Southwest of Florida, with some also still coming out of the Tampa and Immokalee regions. For some reason the season started later, which is perhaps due to some issues with planting. There was also scarce supply of the larger bell peppers as there seems to be less people growing bell peppers in Florida this year."

Prices normalizing after early highs
Now that the Georgia season has finished for the most part and with the slow start in Florida, the tight supply led to some high prices. After peaking, prices are coming back down again and suppliers are hoping that they won't drop too far. 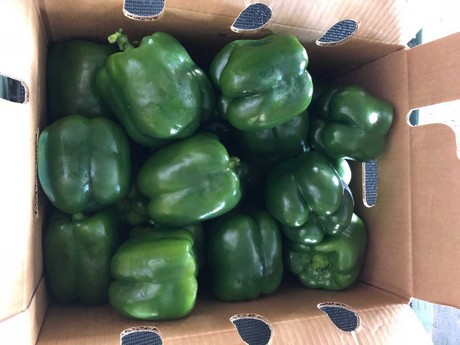 "The market was high with large bell peppers attracting a price of over $30," Nicholson recalled. "When the market goes that high and then drops, it tends to find a new floor below the long-term average. Fortunately, supplies seem to be improving now and the market is stabilizing. Quality has also been good this season."

Mostly green peppers in Florida
Nicholson added that most bell pepper growers in Florida concentrate on the green varieties. He said this is because the majority of the red and yellow bell pepper production is done in greenhouses, which are located in places like Mexico and the Dominican Republic. The same goes for mini peppers.