Agriculture in Mozambique is making progress

The Macfrut delegation that presented the 2019 edition in Mozambique also had the chance to visit a few companies and markets so as to better understand the level and potential of the segment. For Mozambique, strengthening the fresh produce sector is a priority for economic and social development. Most companies are small, although there are a few larger ones.

According to FAO sources, Mozambique produces 1.1 million tons of produce, made up mostly of bananas and tomatoes. Export is limited and mostly aimed at South Africa from which, in turn, it imports apples, pears, grapes and citrus fruit. "We've visited some companies around Maputo such as that owned by Angel Miguel Cumaio. It covers 13 hectares and grows 25 types of vegetables including lettuce, cabbage, medicinal herbs, coriander and tomatoes," explains President Renzo Piraccini.

"The company employs 35 people with a monthly salary of around €100. The minimum wage established by the government is €70. Recently, 5 greenhouses have been set up with the contribution of the IDE NGO, so production cycles are shorter, yields are higher and quality is better. The entrepreneur is very pleased with the results and wants to develop this technology further." 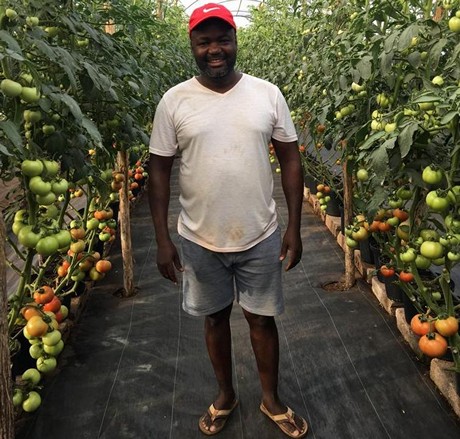 Bernardo Antonio (photo above) is a producer with a 2500 m greenhouse of soilless crops. He grows tomatoes, peppers and cucumbers and sells his entire production to Maputo's Spar supermarket. 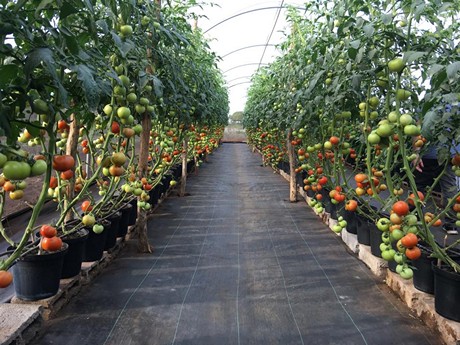 He cultivates on a peat substrate: the container of nutrients to distribute through fertigation is buried at the entrance of the greenhouse and is supplied via a small pump. The technology - basic yet efficient - is Brazilian.

Another two fixed operators work in the company with him. This business too was supported by the IDE NGO, which also supplies technical assistance. 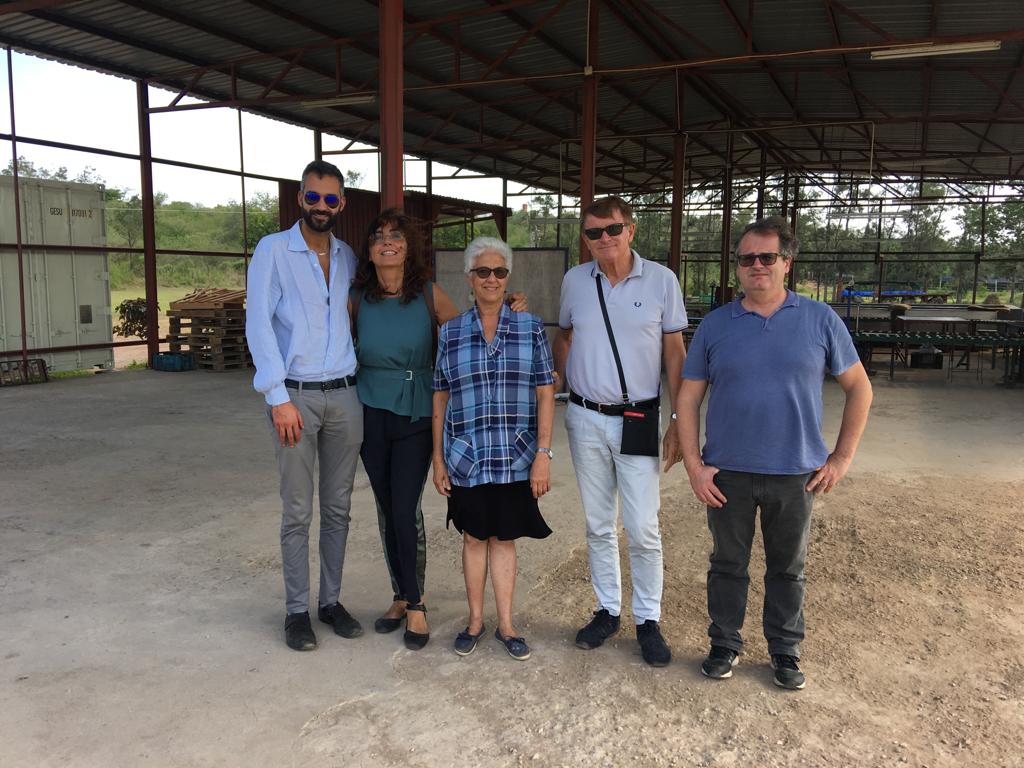 "Carmen Ramos owns and manages the Citrus company. It includes 85 hectares of banana crops (50 of which currently in production) and 95 hectares of citrus fruit - mainly oranges but also white and pink grapefruit. It currently uses sprinklers but a drip system will be installed soon as there is not enough water. When harvesting is in full swing, it employs over 330 people. Produce is sold on the domestic market." 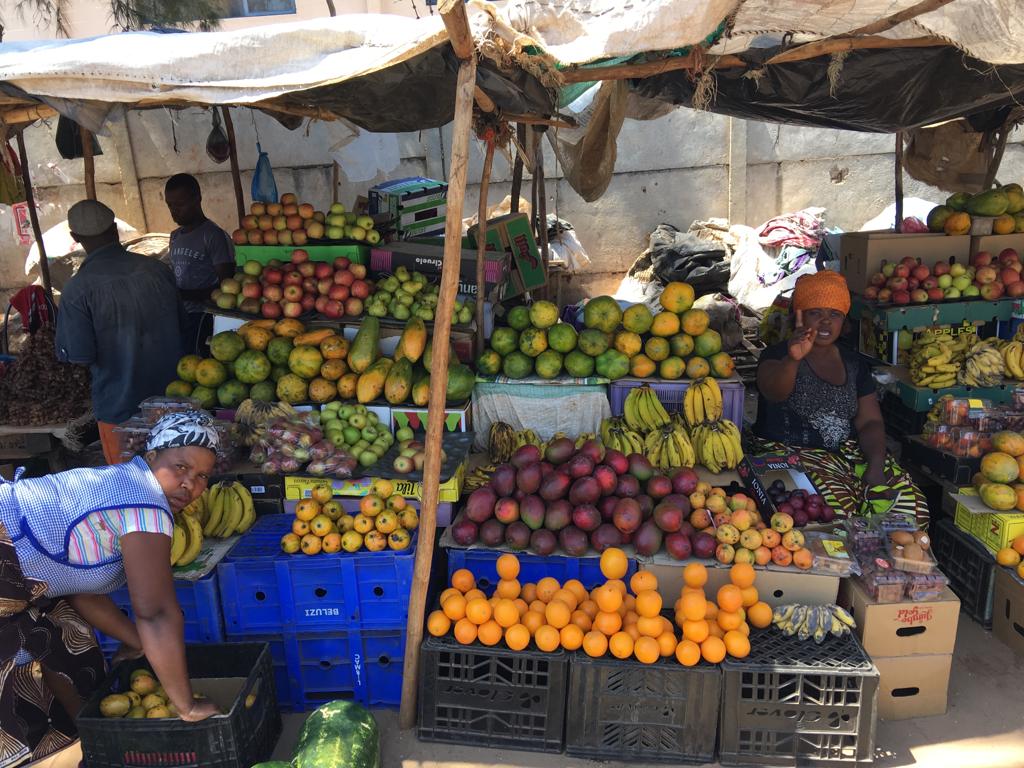 At the Maputo market

"The Maputo market is very different from those in Europe. There are no facilities and trading is carried out under tents to try and keep the produce cool as much as possible. Nonetheless, it is very lively and most of the production destined to traditional Maputo retailers passes through here. Hygienic conditions are however awful and the lack of refrigeration contributes to the quick decay of the produce. Super-market chains have their own platforms and establish direct relationships with their suppliers." 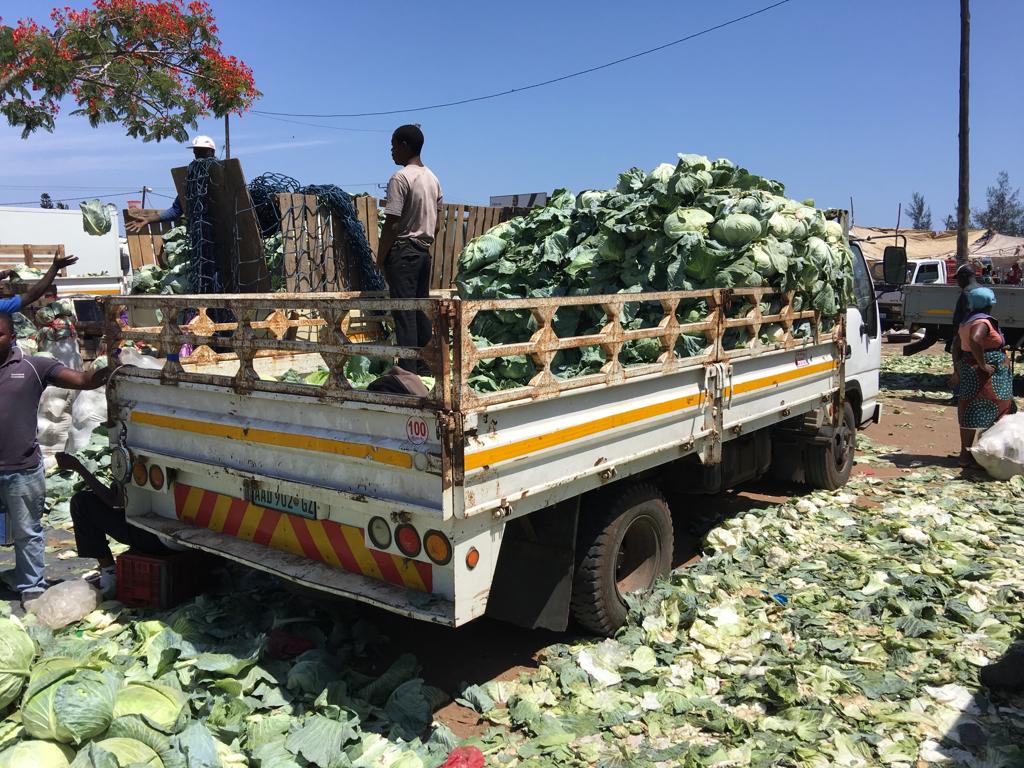 "Despite the limitations of the production sector and the fact that it should improve its standards considerably, the real problem in Mozambique is the lack of refrigerated logistics and infrastructures. For Italian companies, Mozambique can be an interesting opportunity when it comes to seeds, technical means and field technology, while the fresh produce market does not present opportunities at the moment." 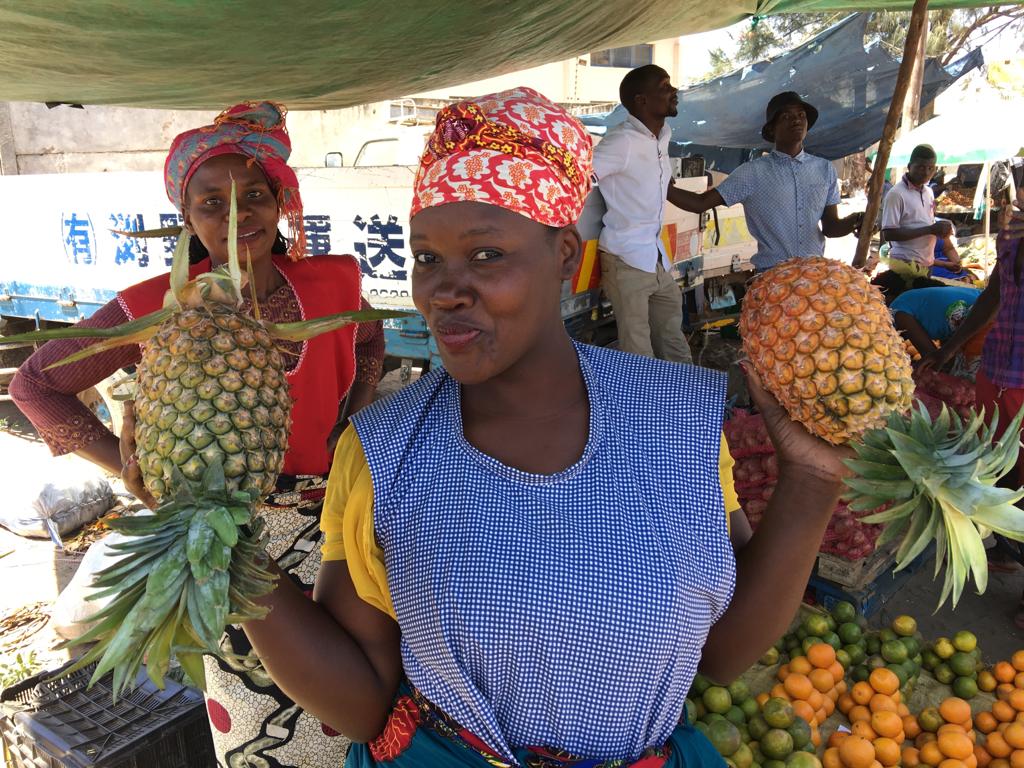