After seeing compostable packaging used throughout European farmers' markets to hold and sell berries, Richard Clark, owner of Westerway Raspberry Farm in Tasmania wanted to introduce it back home in the Australia.

His search went on for a decade, and was close to ordering a shipment from Germany, until he stumbled upon the solution by accident - and it was closer to home than he thought.

Mr Clark was out for dinner and required a takeaway container, and he was surprised when he was given what he thought at the time was a weak cardboard box. However, he found that it not only held the greasy food, but he was even able to wash it up, without any liquid seeping through. The packaging was made by Sydney-based company Biopak. 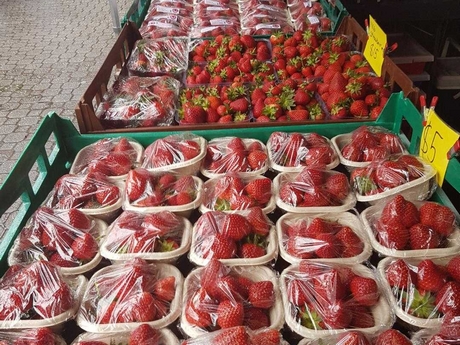 "It's made out of a sugarcane biproduct, and it's wonderful stuff," he said. "I was trying to find a suitable product that could cop a bit of juice, because berries are very juicy, that would be the right shape, the right feel, all those sorts of things. You need fairly small containers for berries, because they are pretty expensive things. They can't be too deep because as soon as three raspberries are sitting on another raspberry, the one's on the bottom collapse and become juice. So, when the curry didn't go through it in a day, I knew no amount of raspberries would go through it."

The Derwent Valley family farm began trialling a very small amount with a similar package in 2017, and Biopak has since manufactured the "perfect-sized" 500ml container.

"We've started off straight away with our strawberries and we will replace about 75 per cent of plastic containers on our farm," Mr Clark said. "So, it is a bit of a transition. We can't switch over totally straight away, because there are some customers that would still like it in plastic. Some customers feel more comfortable with it in plastic. But we are going to transition, and transition quite quickly." 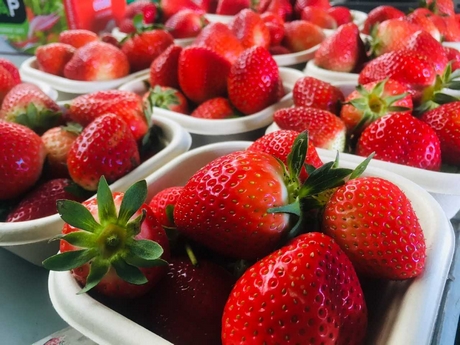 A major driver for the transition to use compostable packaging came from watching a television series, that documented the overuse of plastic in Australian society. Mr Clark says while these containers do cost a little bit more than the traditional plastic, it does not take much to make up for it in other on-farm efficiencies, and notes some other small growers are also making in-roads in reducing the plastic footprint.

"There was a small organic farm that probably only did a couple of thousand punnets a year, and their neighbour was making weaved wooden punnets out of off cuts," he said. "That is fantastic and ingenious, but it is only a very small cottage. So, there are smaller growers who have taken a more environmental approach to not only their growing but also their packaging. I would say the bigger farmers are a little bit constrained by the need to be in supermarket-friendly containers, while we are more independent. There are becoming more and more alternatives (to plastic), and I think we are happy to be the early adopter of compostable and biodegradable containers being used in the berry industry." 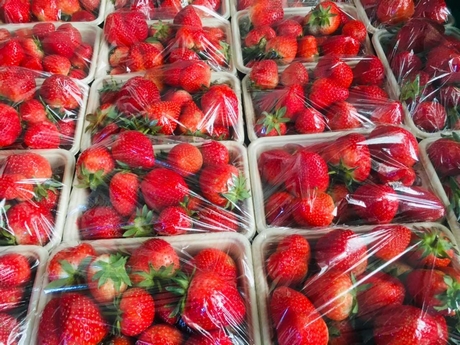 While Westerway Raspberry Farm is one of the largest berry producers in Australia, it is still considered a medium-sized farm, with a family-centred focus. As well as raspberries, it produces strawberries, blackcurrants, blackberries, blueberry and silvanberries.

The majority of the fruit is mechanically harvested and sent for processing in jams, liquors, ciders, ice-creams and juices. The fresh produce is only sold in Tasmania, due to the short shelf life, with the fruit only lasting 2-3 days after harvest before it starts to spoil. Mr Clark says that means it would not work in the major supermarket system, nor travel interstate.

"We are selling mainly to our customers directly at our farmgate shop," he said. "We have around 200-300 cars through a day, but also at farmers' markets. So, if there is any resistance to these compostable containers that consumers aren't expecting, and there can be resistance from some customers; is this safe, is this going to leak etc. But because we are the people selling fruit, directly to them, we can have that conversation. So that makes it easier for that transition away from plastic in the minds of consumers."