"Number of recalls surprises me"

Salmonella, Listeria monocytogens, wrong labeling: the number of recalls in the past months is significantly higher than in other years. Michel Witmer, Groen Agro Control, already wondered about this in September: "How is it possible certain things still occur?" As product manager food he sees a lot, and now he has turned to social media to express himself.

The most contagions are not unhealthy for healthy consumers. For the so-called YOPI-group (Young, Old, Pregnant, Infant) that is different. Michel: "These are the vulnerable groups." That does not matter for the recalls. The entire production is taken off the market. "I keep track of recalls online, and react to the messages on social media." Some messages, such as the example of a French producer of baby food, of which it was known for years that the product were contaminated with Salmonella, make him angry. "Everybody is speaking about certificates such as HACCP, BRC, or IFS, but in spite of these, things are still going wrong." According to him, the certificates are aimed too much on theory, and is to far removed from reality in the production halls. "Apparently, not everything has been properly validated. Companies have to make an effort."

This dish contains Staph aureus. The bacteria can cause food poisoning.

Checks to guarantee a clean product, nobody should have a problem with those. Still, Michel notices a certain fear at companies. "Companies do not want to expose the darker sides of the company, and do not want this data published. We work in the fullest confidence for our clients, but a negative experience with a commercial lab in the past can play a role."

Besides recall actions of pathogens such as Listeria and Salmonella, the number of recalls due to wrong labeling is also increasing. "I think that should be much better checked, and that also applies to large companies." He attributes this to a lack of knowledge of the risks in the process. Companies have to make a much better effort. "In the summer, Albert Heijn recalled lettuce, and that surprises me." As a result of that recall action, four companies called Groen Agro Control to perform checks. "That is very significant. Apparently, the companies panic, against expectations because of all systems already in place. You would expect that food safety is guaranteed." To point out the risks in the chain, Michael mentions a number of factors which could be partly responsible for the problem. "Does it come from the greenhouse or the open field? Is it Dutch growth, or import from Italy and Spain?"

The hot summer could have been advantageous for the development of certain organisms. "Certain organisms grow better at high temperatures, but some contagions just should not occur. The temperature may be right, but if the contagion is not there, it cannot grow." On the other hand, not all of Europe has had a hot summer. In the south of Italy for example, a lot of rain fell. "They also have had an irregular summer. If climate change progresses, this will cause further problems in the future."

Old materials are not sufficient
The most recalls are not of individual products, but on processed products. This can be cut vegetables and fruit. Michel: "When you cut up a product, moisture and sugars are released, and that can be a risk." In the process, the product is therefore washed at low temperatures, and all kinds of protocols for the factories. "But if the resources enter the factory contaminated, they can cause further problems." 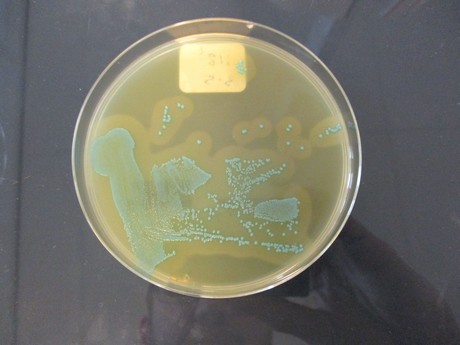 Michel: "Apparently, things are not going well in the factory processes." The cause of the contamination can be different in every situation. The quality of the resources play a role, but also the expertise of the personnel. "Only if I can look in a factory, I can tell what the critical issues are and where the risks are." Often you here the excuse: "We were doing it like this twenty years ago." According to Michel, that is not an excuse: "Everybody must change with the times. The standards for recall have been stepped up, and more is expected of producers."

Clear directions
To conclude Michel points out the extreme long shelf lives used for products. "A salad with a shelf life of seven to ten days, you can wonder if it is still tasty." Besides, it is important that the products are kept at the right temperature, but that is also an uncertain factor.

Still, he is not somber at all about food safety in the vegetable sector. "The vegetable sector has proper arrangement through the GroentenFruit Huis. If a situation occurs in the vegetable sector, the GroentenFruit Huis takes the lead." A lesson the sector learned after the EHEC-crisis. The strict policy and clear standards which apply to the products, certainly to the Dutch harvest, make it a safe sector. "We also perform unannounced inspections at growers in The Netherlands, and I have to say they always pass. If I compare this with the fipronil affair, you see that a joint approach was lacking, and the disaster only increased."

Tip: condensation can be a source of contamination

Michel Witmer, Groen Agro Control: "I often see condensation problems in companies." This condensation carries a risk of Listeria contamination. "Condensation occurs often in cold places, and Listeria can grow there. It does occur in combination with lower hygiene, but these are the places to start looking. You can also see it in the droplets. The droplets do not fall as droplets, but rather as extended droplets, because it contains some mucus. These are the critical places in the process."

This article was previously published in edition 9, volume 32 of Primeur. See www.agfprimeur.nl