"Buy additional land, put glass on it and then finally be allowed to move. Unrealistic, of course."

The greenhouse that never should have been

We do not want to gossip nor speak bad about people, but to be honest the greenhouse at Maatschap B. Otten in IJsselmuiden, Netherlands doesn't look very up-to-date. That's not because owner René Otten is a slouch who doesn't want to invest in his greenhouse. He does! Just not this one, not at this location.

The company was supposed to have moved location several years ago, but got mired down in negotiations with the municipality. René kept postponing investments in the belief of a move that has yet to materialise. "In the meantime, we continue to grow, but the screen cloth should actually have been replaced in 2008. That wasn't done, because we were going to move." 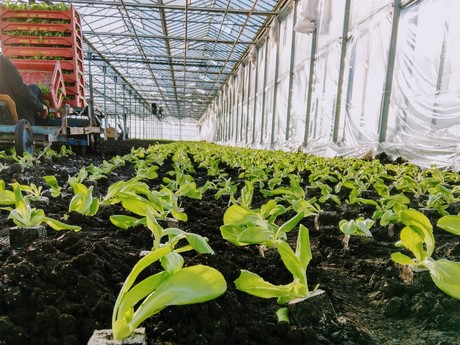 Lettuce
In the greenhouse the lettuce is coming up nicely and with Christmas around the corner, the crop requires his attention. However, his discussions with the municipality of Kampen consume energy as well. And energy is something that's also an issue for the greenhouse itself. "We are just an old-fashioned business with cucumbers in the summer and lettuce and endives during winter. We had to divest the cultivation of chicory ten years ago, because we did not want to invest in that further due to the move. We don't benefit from all investments in the nearby Koekoekspolder, because the zoning plan is for housing. We don't get subsidies or geothermal energy, which is by now making it difficult for our old greenhouse to keep the warm air inside."

René claims that mistakes made by the municipality of Kampen are to blame for him not moving, time after time. "And now we're told that we are too small to be bought out and we would first have to buy additional land, put glass on it and then finally be allowed to move. Unrealistic, of course." 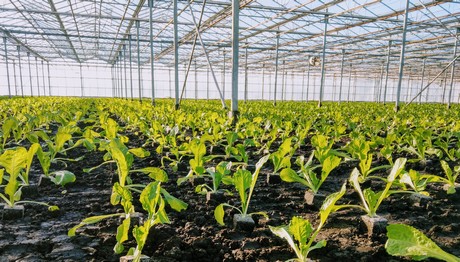 René is considering holding the municipality of Kampen responsible for the damages suffered. "It is demonstrable that they have made mistakes. The plan for housing had already failed three times and everything was postponed. Actually, I don't want this at all, it's all negative. You just want to keep farming. Because of all the arguing, more than 200,000 euros have gone down the drain, money that could have been invested in the greenhouse as well."

The fact that the municipality now makes positive headlines with increased sustainability of the Koekoekspolder hurts him. "I'm in two minds about it. Of course that's good, but as a small business we are now the victim. We are 100 meters outside of the Koekoekspolder greenhouse horticulture zone. Our neighbor has been bought out, but it's just not working out for us." Still, he hopes to be able to move: "When I get bought out, I will just go somewhere else. That seems to be the best to me."