Just like a baker cannot do without an oven, a grower cannot do without light. In addition to sunlight, many growers use LED lighting to increase production. It is an investment that often is expensive. But what if the light used by the grower does not only cost money, but also generates energy?

Colored solar cells
Designer Marjan van Aubel developed transparent solar cells that generate energy from ambient light. Based on the principle of photosynthesis, the colored cells generate energy. Previously, with this technology she already made stained glass windows and a charging table. She is also looking for ways to integrate photosynthesis into daily life. With her latest project she concentrates on greenhouse horticulture.

The greenhouse that she designed is called Power Plant. "For the greenhouse, I use various technologies that are not yet used in horticulture. The outside of the greenhouse generates energy for the inside. With the energy generated by the solar cells, the grower can supply the LED lighting, but also the irrigation system, with electricity."

Thanks to winning a Climate Action Challenge with the idea, Marjan was able to gather a team around her to make a presentation model. "We conducted research into the light that plants need to grow. The roof has an angle of 39 degrees, the ideal form for solar panels to capture as much sunlight as possible." 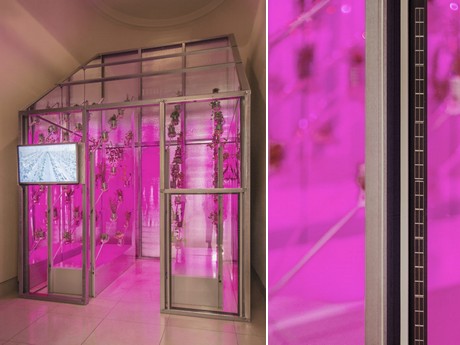 Combining techniques
With making the greenhouse completely self-sufficient, we are not there yet, says Marjan. "It is a step in that direction. For a fully self-sufficient greenhouse, we have to combine different techniques. "That is why Marjan is aiming at smart locations in cities. "For example at a data center that discharges excess heat. That heat comes in handy in the greenhouse. Because of urbanization more and more people are going to live in the cities. Not much is done with the roofs. Solar panels are installed at some places. If the resident himself can create food on location, that would be another step forward." 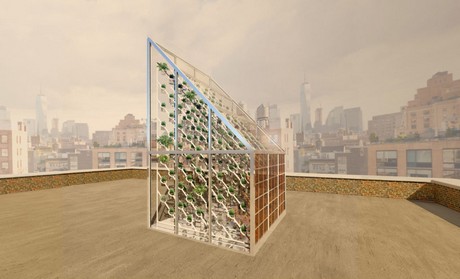 During her participation in the London Design Biennale in September, Marjan discovered that the average consumer does not know much about how plants grow in a greenhouse. "Many people do not know that LED lighting is used in greenhouses. In addition to the sun, it is a way that consumes a lot of energy. The solar cells allow me to combine both ways of light in a sustainable way."