We've showed you before that the French like their veggies to be grown nearby. The French supermarket Metro has taken this even further and is now growing herbs in their own supermarket. Chives, basil, coriander, mint, dill and parsley are being grown at the moment in this Parisian Metro store. The products are offered to the hospitality clients. 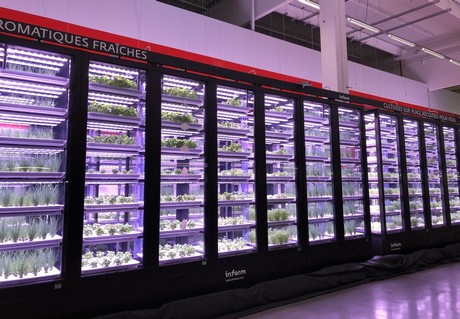 More than 50 farms
The herb farm is created by Infarm, a German company that is operating more than 50 farms across Berlin in supermarket aisles, restaurant kitchens, and distribution warehouses. Infarm is headquartered in the German capital and was founded in 2013 by Osnat Michaeli and brothers Erez and Guy Galonska. Amongst other projects, they have integrated in-store farming into EDEKA and METRO locations, two of Germany’s largest food retailers, where it grows dozens of herbs and leafy greens.

The Parisian farm is the biggest one in a supermarket so far. "Many before have tried to solve the deficiencies in the current supply chain, we wanted to redesign the entire chain from start to finish", the company explains. "Instead of building large-scale farms outside of the city, optimising on a specific yield and then distributing the produce, we decided it would be more effective to distribute the farms themselves and farm directly where people live and eat," explains Erez Galonska, co-founder and CEO of Infarm, in a statement. 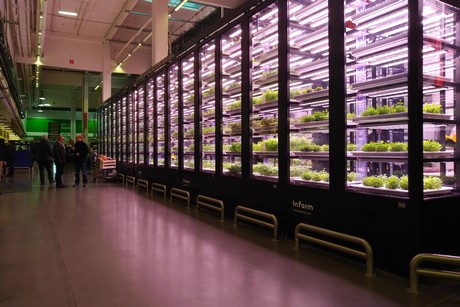 A single 2 sqm farm has an output of up to 1,200 plants per month. The 80 square metre “vertical farm” will produce approximately 4 tonnes of premium quality herbs, leafy greens, and microgreens annually, and that means Metro will become completely self-sufficient in its herb production with its own in-store farm.

Each farm is a controlled ecosystem with growing recipes that tailor light, temperature, pH, and nutrients to ensure the maximum natural expression of each plant. Each farm acts as a data pipeline, sending information on plant growth to the Infarm platform 24/7 allowing it to learn, adjust, and optimise. 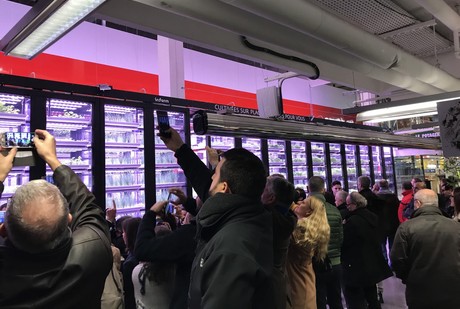 Expansion
Infarm will launch operations in London, Copenhagen, and other German cities later this year and has set a goal to expand to 1,000 farms in Europe. Expansion to the US is on their list as well, especially after a $25M investment round earlier this year.