Shortage of tomatoes in US market

There is great pressure on tomato supplies in the US market at the moment due to a number of factors. One of these is the transition of seasons, with several growing regions finishing up for the season, while others are either suffering from cold weather or they simply haven't started yet. Florida is about the only major region that is producing steady volumes right now.

"The California season wrapped up last week and while there is still a small amount coming out of the San Diego area, it's negligible," noted Manny Gerardo of Bernardi & Associates. "Texas is seeing light supplies due to cold weather and Nogales won't start until early January. Florida is currently the only region producing steady volume." 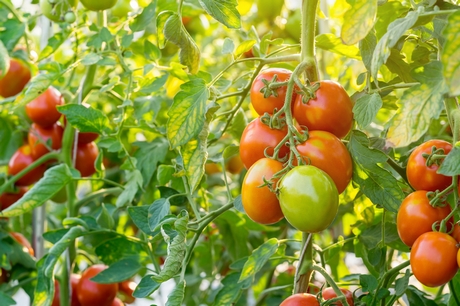 "Florida has planted a lot less this year because of the poor market in the last two years," he explained. "Currently the Florida market is sitting at $20 and customers can't buy enough. Although tomatoes are not noted as a Thanksgiving item, demand is nonetheless outpacing supply and with less tomatoes around, the market has been strong."

Waiting on Culiacan
The next major region to start will be Culiacan in Sinaloa. This season is still a month away however, so will not provide any supply relief in the near future. Additionally, the area has been affected by hurricanes in recent months and it is unclear as to what extent the crop has been affected.

"There is still a month to go until Culiacan starts," Gerardo said. "They were impacted by hurricane activity there and we don't know yet what affect this will have. There is a chance that there is no effect because growers that lost crops immediately replanted. Another possibility is that the crop will start later than usual.

Less round tomatoes planted
To further compound tomato supply problems, reports are that Mexican growers have planted less round tomatoes this year. With a similar mindset to that of Florida growers, Gerardo said the poor market last year is the likely cause of any reduction in plantings this year.

"In Sinaloa, they are saying there will be a lesser supply of round tomatoes," he shared. "The last couple of years, the market has not been good, so this might not come as a surprise. Instead, there is a possibility of more Roma tomatoes. If this is the case, the market will likely remain strong for an extended period, even after volume starts coming in from Culiacan."