The capsicum season started in Israel about a month ago. “So far, it is going in the same direction as last year”, says Eyal Sahar, CEO and founder of the Israeli growers' association, Gilad Desert Produce. He is also a bell pepper farmer. “Our main market is Russia, seventy percent of bell peppers being sold in Russia are from Israel.”

He says, “The market is divided now. We are doing a lot of business with Russia. Spain has totally conquered Europe, including Eastern Europe. We, as always, have the same small window of opportunity in North America - November and December. We have two months that we can supply them. Until November, Canada, the Netherlands, and Mexico supply them. Then, in December, Mexico starts with huge volumes.”

Organic bell peppers will be available next week. “Here we’re competing on the same market as for conventional bell peppers”, says the CEO and farmer. “Mexico is our main competitor in the US market. You can see organic production increasing every year.” 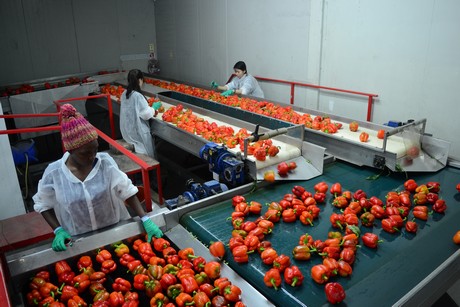 The peppers are washed before being sorted 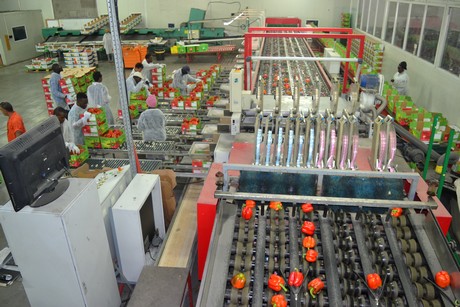 The bell pepper sorting line. Most employees are from South East Asia and Africa. Students get a work visa for one year, others get the work visa for five years. After this time they have to return to their home country.

According to Eyal, many farmers in the main bell pepper growing region of Israel started planting earlier this year - at the beginning of July. “Planting usually begins at the end of July/beginning of August. The majority of the growers grow in full soil and nethouses. 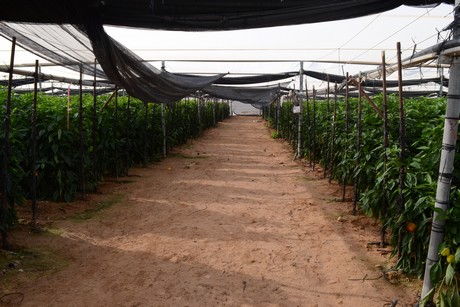 After the rain, there's hardly any need for irrigation. 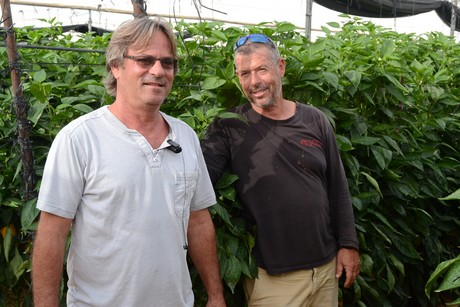 On the left is Eyal, in the pepper greenhouse of his friend Ori Porat.Eyal also grows peppers on 15 acres.

Net houses
One of these growers, Ori Porat, is a friend of Eyal and has yellow, red, and orange bell peppers growing in nethouses. He has an average production of 8 kg/m2. “I have between 60 and 65% red, 25% yellow, and 10 to 15% green bell peppers”, explains the grower. “I send a lot to England. They, however, want more of all three colors, the so-called ‘traffic light’.”

Eyal says they tried supplying the UK with the increasingly popular sweet point pepper but “the prices dropped very fast”. According to him, it is cheaper logistically for Spain to supply European countries, including the UK. “We tried in the past; the Spanish are doing a good job with this”, he says. 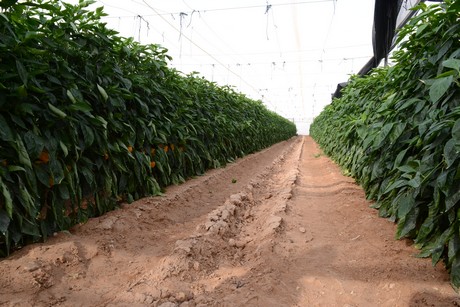 The path between the peppers that the irrigation machines use to get through the entire greenhouse in a matter of minutes. 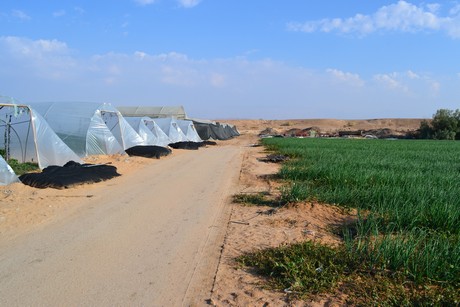 Besides peppers, Gilad also grows red and white onions on six acres. Their prices are very high at this moment. 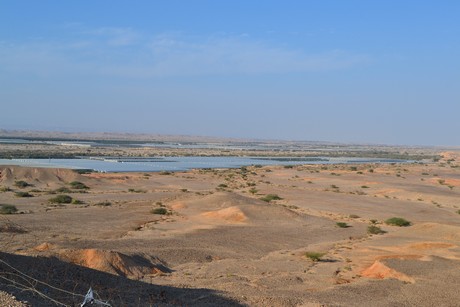 Ein Yahav, as seen from the water reservoir. Fresh produce is being cultivated on a total of 600 acres.

Trying to break into niche market
“We cannot compete with Spain in Europe and there are no alternatives yet”, he says “Africa is a very niche market, so that is not a solution for us. India is also not a bell pepper-eating country.” He did say they are trying to break into the chili pepper niche in Europe. “I am very optimistic about it. The trial period went well last year.”

The total crop has been the same for the past three years, says Eyal. Despite all this, he does think there is a future for Israeli bell peppers. “The people here are very tough. They have no other choice. There is a special community of people in this area - hard-working, tough people who want to stay here.”

When asked what the biggest challenge is facing bell pepper production is, going forward, he answered, “Labor. It is very expensive; about 30% of growers costs are labor-related. There is also a shortage of workers.” 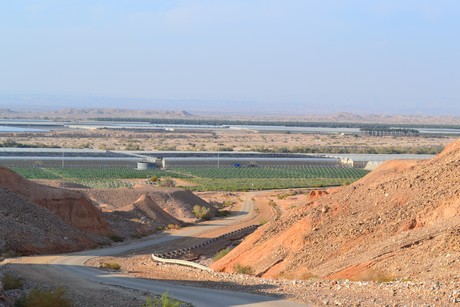 Green in the desert 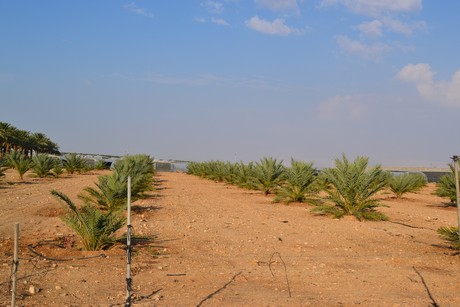 In the past this place was filled with greenhouses, now palm dates are being cultivated. After five years the first harvest will commence, after eight years the production will be at full capacity. A fully grown palm tree produces 100 kilo Medjool dates annually.