"We are extremely concerned about the lack of certainty, the lack of assurances that the UK government has provided"

The Brexit deadline is looming ever closer and the uncertainty is building. Do we have a deal? Don’t we have a deal? Considering that the UK imports 2/3rd of its fresh produce, what can importers do to prepare themselves and be sure of keeping fruit and vegetables on the shelves come March next year?

“There is material concern within the industry for the Government to urgently provide the necessary clarity so that we can continue to effectively and seamlessly import and export fresh produce and flowers,” states Nigel Jenney, CEO of the Fresh Produce Consortium, the UK's fresh produce trade association. “However, there is little clarity at this stage as we keep being told every other week that the deal has been done or not done. The Government has issued a number of papers on a no deal scenario over the last few weeks, but they beg more questions that they answer. 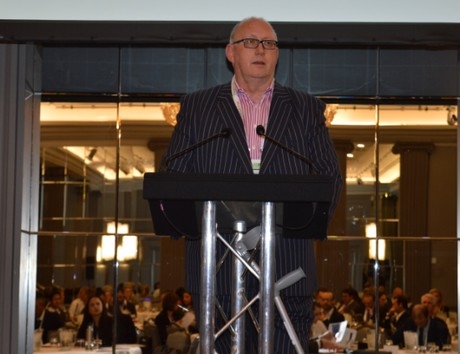 “We are currently in a position where we are extremely concerned about the lack of certainty, the lack of assurances that the UK government has provided to our workforce, both temporary and those who wish to live here permanently. This is a major concern to both UK growers and businesses beyond the growers, such as packers and distributors. The Government calls the workforce unskilled workers but in our industry, they are very hard working, dedicated people and are looking for some assurances for themselves and their families that they will be able to continue to work here in the future."

Can companies make contingency plans?
The FPC have produced a register of lots of options to consider if A or B happens and a number of businesses have done their own risk assessments and strategies, but it become very difficult to plan when you don’t know what target you are expected to hit.

“We have seen the value of the pound fall substantially against leading currencies since the Brexit decision, there has been a rally in the last few days when we have potentially ‘done the deal’ but nothing has been confirmed as yet. We are in a situation where the exchange rate does have an impact on the value of the goods which are sold in the UK and I would say that to date the supply chain has actually absorbed a substantial proportion of that, but that is simply not sustainable. Brexit has not yet happened and generally consumers have not faced price increases which they might see in the future when the deal is done. What we might see, regardless of whether the deal is done, especially if we are not in the customers union is additional complexity and cost at the very least."

Insufficient capacity at the ports
The Ro-Ro ports in the UK don’t have the infrastructure in terms of the space to hold vehicles or the space to inspect whatever may be in those vehicles, if the government insists that vehicles have to be inspected, which must happen for plant health, marketing standards, food safety standards etc. the ports do not currently have the capacity to do this.

“They have to find a more modern way of working using IT, which the industry has helped develop historically, but they must urgently consider the movement of goods inland and inspections taking place at the point of arrival where ever that may be. We can be very negative about the process however, what I believe is that the Government should take the opportunity to fundamentally review the current ways of working and make them commercially more viable and efficient for the industry. There are ways that the Government and the industry can work more effectively together such as an Assured Trader System, where responsible businesses are rewarded for having low level of inspections and/or allow the commercial business to do the inspections on behalf of Government which are then audited by the relevant organisations."

According to Nigel, we need to think differently, “Historical customs practices which were highly bureaucratic and, in many respects inefficient are not sustainable in Brexit, which if put into context would mean doubling the amount of inspections which take place right now.”

Inspections could double
A third of fresh produce is grown in the UK, a third comes from third countries and a third from Europe and 80% of the cut flowers imported into the UK, regardless of where they were grown, transit through Holland before arriving in the UK. “If those goods don’t need inspection now why would they need inspection in the future? If they do, then inspections would double. Third countries plus Europe, so we are talking about a substantial increase in resources to allow these inspections to take place, to what end? When we already consider them to be low risk.? We need to look at alternative ways, while maintaining bio security, to allow these inspections to take place at the most effective place, which adds the least delay and least cost to the industry and ultimately the consumers.

“What we must remember is that while there is no deal in place, there is no transition period. So worst case scenario, come next March if there is still no deal the UK will become a third country and we are out. What we must also remember is that even with third countries, such as South Africa, if we are no longer members of the EU we have no trade agreements or tariff agreements with them either. If we have to move to Most Favoured Nation tariffs that is more than likely to increase the cost of importing.”