The French sure like their cities green. The country has seen a boom in urban farming over the last couple of years. In various projects both the government and various private parties have been launching ideas and concepts, and building farms to grow vegetables in the cities. The latest project to be launched is nearby Paris. In the suburb Romainville, two vegetable towers will comprise an acreage of 1000 m2 to supply inhabitants with freshly grown vegetables. 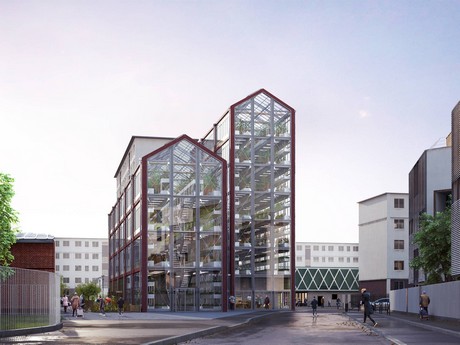 "Talking about urban farming, the French market is a very promising market, since the French value their food highly", Corenthin (Felix) Chassouant with CMF confirms. CMF is specialized in high-tech greenhouses and buildings and has been working for several years on a proposal for urban farming greenhouses all around the world. In France they're participating in the new project as well.

La Cite Maraichere
This urban agriculture building is to be realized as part of a city renovation program. "All floors above the ground floor will be dedicated to local production", Corenthin shows. "As for the subsurface, it will be intended to produce mushrooms. The building will consist of 2 wings of 7 m wide each, the eastern greenhouse on the 6th floor and the western greenhouse on the 3rd floor (the first vegetable towers in Europe)."

The building will also meet the latest environmental standards and will comply with public safety regulations. According to Corenthin though, the major challenge of this project was to combine aesthetics and technicality.

The project is to deliver a harvest of up to twelve tonnes per year. That consists of carrots, tomatoes and other products, all grown grown in circular economy substrates, mixing local compost, grinded green waste, coffee grounds. The vegetables are to be sold for small prices to local inhabitants and will also be used in the cafeteria on the ground floor. 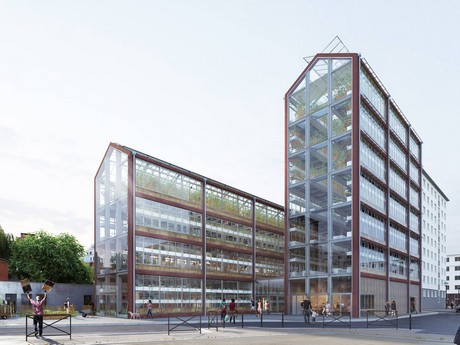 Residence with greenhouses
The new Parisian project isn't the only urban farming project in France being realized currently. Various projects are mushrooming. One of them is "5 ponts" in Nantes, Corenthin shows. "This residence will integrate two urban farming greenhouses (6th floor and 4th floor) as well as two private winter gardens built by CMF. These greenhouses will be equipped with shading screens, heating systems and climate control. "This ambitious and innovative project entails various constraints: occupant safety, climate management of glazed spaces, and cohabitation with agricultural activity in urban areas", Corenthin shows.

The project is proposed by “Les Eaux Vives" Association. It is supported by the City of Nantes, Nantes Métropole and the European Union as part of the UIA project (Urban Innovative Action).

"It is really cool to be a part of this", Corenthin confirms. "With CMF we've always supplied the traditional market - which is also interesting - but now we see we have the capability to imagine and develop innovative solutions that combine our greenhouse knowhow as a climate builder with architectural concepts, to meet the specific situation of an urban farmer."