"High demand for Enrosadira raspberry at home and abroad"

Within commercial cultivation there is still a search going on for good varieties that can close the gap between the harvest window of the summer raspberry varieties and the autumn raspberry varieties. From the next planting season/spring of 2019 onwards, Swiss plant supplier Hengartner GmbH will be able to offer a new variety that has the potential to fill this gap. The Enrosadira (s) variety has already proven itself in cultivation and now the Primalba® is about to be commercialized for the first time. Both varieties will be put in the spotlights during the upcoming ExpoSE (21st + 22nd November) in Karlsruhe. 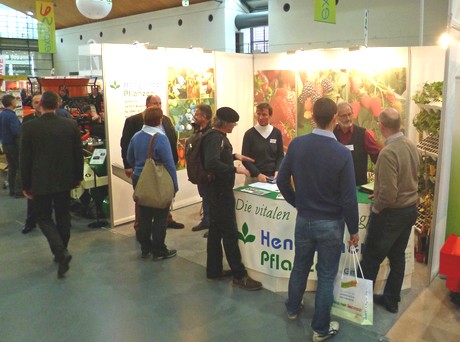 The booth at last year's ExpoSE

The Enrosadira was introduced three years ago and meanwhile the high-yielding variety has already convinced many producers of its strengths at home and abroad. The variety also scores with large fruits, a good picking performance, very good shelf life and a light fruit color. "The Enrosadira is suitable for both outdoor growing and under-glass production and can be harvested twice a year - in autumn and in spring. The feedback so far has been particularly positive and the steady increase in demand confirms the success of this variety.'' 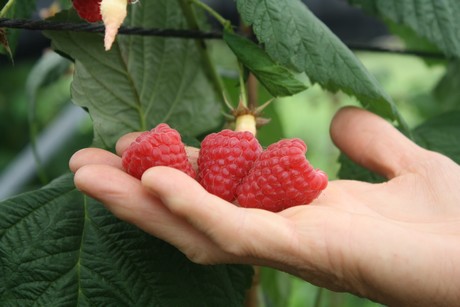 Early maturity
Another new type of raspberry (on sale from spring 2019 onwards) is the Primalba® variety BP1522 (s). Primalba is currently the earliest ripening autumn raspberry on the market. This new variety raises the quality standard of fresh raspberry and enables a reduction in cultivation and picking costs. "Particularly interesting is the early ripening time slot, which is why it could theoretically close the gap between summer and autumn raspberries." Together with its fruit quality and good pickability, we think this variety has an interesting development potential." 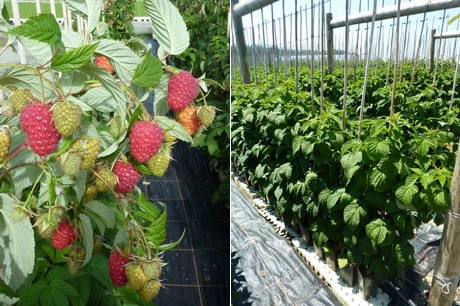