Self-assembly greenhouse to be launched in USA

“North America is looking for better solutions for local produce, so-called farm to table produce”, says TAP’s CEO, Avner Shohet. “People are looking for fresh products that leave less of a carbon footprint.” He says there is a lot of effort going into urban farming in that country. “The TAPKIT is another solution. It can be used for suburban farming where the land is less expensive, making it a cheaper solution, with the added benefit of less energy consumption.”

The TAPKIT, a self-assembly hydroponic greenhouse, is to be launched in the USA for the first time later this month. This farming solution was developed by the Israeli company, Teshuva Agricultural Projects (TAP). This company builds commercial greenhouse installations throughout the world. The TAPKIT is to be introduced at the PMA fresh summit being held in Orlando on 19 and 20 October. 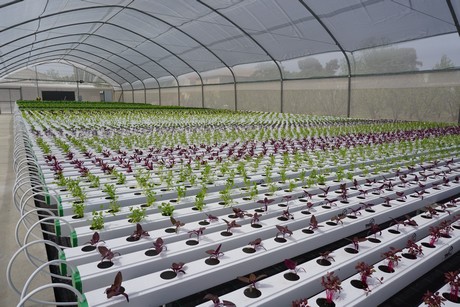 The TAPKIT is a 500 m2 hydroponic unit, which can produce 6-12 tons of leafy vegetables and fresh herbs per year. “We started with the idea of TAPKIT for small farmers to have their own hydroponic system, but since then the kit has been ordered by resorts for their kitchen supply and retailers for their own shops too”, says Shohet.

Wide range of interested parties
“Other clients have now also shown interest. These include organizational kitchens, retirees, schools and young people who are looking for ecologically-friendly, sustainable business opportunities”, he says. “We are continually surprised to learn from the market about another sector that finds the TAPKIT to be an affordable and efficient solution.” 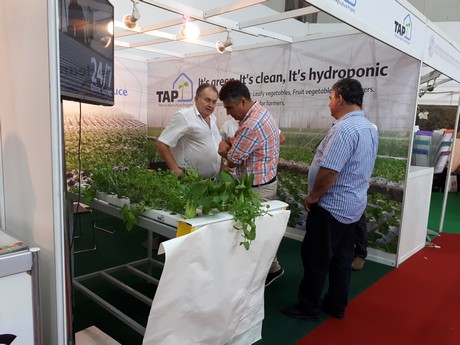 The TAPKIT greenhouse was first presented at ’Agri-Tech Israel 2018’ in May. “This first unit has reported to us that their produce has been sold out”, reports the CEO. TAP has developed three different types of TAPKIT greenhouses. “For tropical, subtropical and cold weather”, explains Shohet. “The potential is, therefore, almost unlimited.

Growth technique has many advantages

These units can be operated by just two people and uses Nutrition Film Technique (NFT). This is a method of hydroponic growing in which the plant roots are placed in a shallow stream of re-calculating solution that contains all that is needed for maximum productivity. “NFT techniques are on the increase globally due to growing consumption of high-value and exotic crops and the increasing need for global food security by increasing yield in smaller spaces”, Shohet said in an earlier interview.

“Two units have already been shipped to South Korea and one to the Philippines. In two weeks, two units will also be shipped to a resort in Mauritius”, Shohet concludes.