“I’m surprised by the number of recalls”

Salmonella, Listeria monocytogenes, incorrect labels: in recent months, the number of recalls has been considerably higher than in previous years. Michel Witmer of Groen Agro Control is surprised by this. “How is it possible these things still happen?” he wonders. As a product manager of food, he sees a lot, and he talks about this on social media.

Most contaminations aren’t necessarily unhealthy for healthy consumers. However, that’s not the case for the so-called YOPI group (Young, Old, Pregnant, Infant). “These are the vulnerable groups,” Michel explains. That doesn’t make a difference for the recalls. The entire production is taken off the market. “I keep track of recalls using the internet, and I respond to reports on social media,” he says. Some reports, such as the example of a French producer of baby food of which it was known for years the products were contaminated with Salmonella, anger him. “everyone’s talking about certificates such as HACCP, BRC or IFS, but despite all this, it still goes wrong.” According to him, the certificates are focused on theory too much, and they’re too far removed from practices in production spaces. “Apparently not everything is validated well. Companies should put their energy in that.” 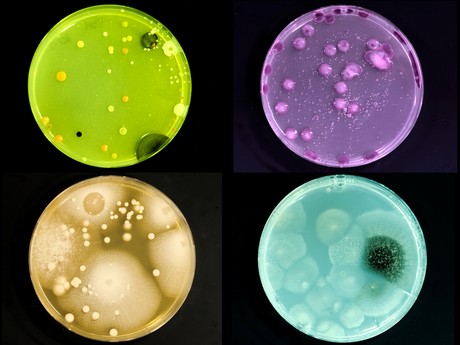 Companies panicked after recall
Nobody seems to be against inspections to guarantee a clean product. Yet Michel sees a certain fear among companies. “Companies don’t want to come out with the company’s more negative things, and they don’t want those things to end up on the street,” he explains. “We work in the strictest confidence of our customers, but a negative experience with a commercial lab in the past could play a part.”

After recall actions regarding pathogens like Listeria and Salmonella, the number of recalls due to incorrect labelling also increases. “I think better inspections should be conducted to that end. That’s true for large companies as well.” Michel blames this on a lack of knowledge of the risks in the process. Companies should put much more energy into this. “Dutch supermarket chain Albert Heijn recently had a recall, that surprised me,” he exemplifies. As a result of this recall, four companies called Groen Agro Control to schedule inspections. “That actually says it all. These companies apparently became panicked, but it wouldn’t be expected considering all of the systems we have. You’d expect food safety to be guaranteed.” To point out the risks in the supply chain, Michel sums up a number of factors that could be part of the cause of the problem. “Is it a greenhouse product or an outdoor one? Is it Dutch production or import from Italy or Spain?”

For certain organisms, the warm summer could have been advantageous to their development. “Certain organisms grow better when temperatures are high, but some contaminations shouldn’t even be occurring. Temperatures could then be high, but if there’s no contamination, it can’t grow either.” On the other hand, not all of Europe had a hot summer. In the south of Italy, for instance, a lot of rain fell. “They also had an unusual summer. If climate change continues, it will cause a lot of problems in future.”

Old materials not good enough
However, most of the recalls aren’t for loose products, but for processed ones. This could include cut fruit and vegetables. “Once you start cutting a product, moisture and sugar is released, and that can be a risk,” Michel says. That’s why the product is washed at low temperatures during this process, and why factories have all kinds of protocols. “But if the material already has a contamination when it enters the factory, it could cause more problems.”

“Apparently things go wrong in the process in factories as well,” Michel says. The cause of a contamination could differ per situation. Quality of the materials plays a part, but so does the skill of the workers. “Only when I can have a look around a factory, will I be able to point out critical points and risks.” The defence is often: “We’ve been working like this for twenty years.” But Michel explains that this isn’t an excuse. “Everyone should be up-to-date. The standards in retail have become stricter, and more is expected of producers as a result.”

Clear direction
Finally, Michel indicates the extremely long shelf life now being used for products. “When a salad has a shelf life of seven to ten days, you could start to wonder if it’ll still be tasty.” Besides, it’s important products are stored at the right temperature, but that’s often another uncertain factor.

Yet he isn’t dejected about food safety in the fresh produce sector. “The fresh produce sector has taken care of things very well via the GroentenFruit Huis,” Michel explains. “If something now happens in fresh produce, the GroentenFruit Huis takes charge.” This is a lesson the sector learned from the EHEC crisis. The strict policy and clear requirements for products, in particular for the Dutch harvest, have turned it into a safe sector. “We do unannounced inspections with growers in the Netherlands, and I have to say, these actually always go well,” Michel concludes. “Comparing this to the fipronil affair, you noticed a combined approach was missing, and the disaster only became worse.”