The weather in southern Italy has changed over the past few days, with violent storms and cloudbursts damaging both roads and businesses.

A lot of crops in Calabria (Crotone, Lamezia and Vibo Valentia) have been compromised. "Olive groves, citrus groves and greenhouses have been damaged. In Cirò, grape harvesting has been compromised, just like fennel production in Isola di Capo Rizzuto," explains CONAF in a note.

As regards fennel, a local company actually reports that "luckily, the land in Isola Capo Rizzuto and Crotone facilitates the drainage of water towards the sea, so people were worried but fennel production doesn't seem to have been damaged." 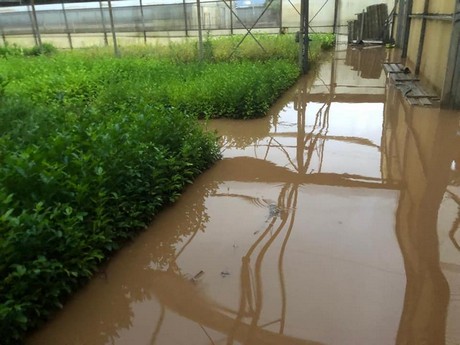 "It rained a lot and plants and structures were damaged in areas where there was no drainage. In the Ionian area, a lot of fields were flooded. The damage still needs to be assessed," another producer reported.

In Catania, a cloudburst turned streets, even the central via Etnea, into streams. In Puglia, road and railway traffic were affected in Bari and Taranto and a lorry driver died in Lecce, in an accident probably caused by the rain.

The rain also caused floods in Campania and Lazio.