2, 10, 20, 200, 400 and 2.2 million. Just some figures that are related to the newly built Dutch Berries 20-hectare strawberry greenhouse in Zuilichem. Processed in 2 blocks of 10 hectares are 200 kilometers of gutters, 400 kilometers of heating pipes and 2.2 million strawberry plants to pick as many strawberries from as possible. A special project that during the official opening on Friday 21 September attracted a lot of attention. 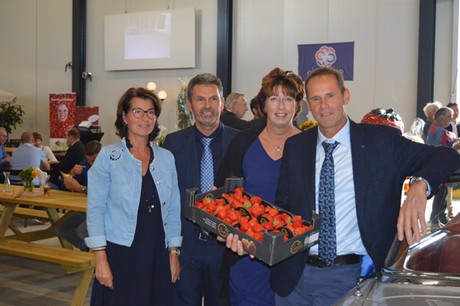 A lot of interest in the opening.

The spectacular opening - do see yourself. Source: Dutch Berries

The 20-hectare greenhouse is part of the GK Group, which includes Kreling Aardbeien from grower Gijbert Kreling. In order to be able to meet the increasing demand for large volumes, the construction of the exceptionally large greenhouse, in particular for strawberries, was started on 1 March. The greenhouse can even be extended to 40 hectares on an adjoining plot of land. Objections to this further in the future planned expansion were rejected by the Council of State earlier this year. On 13 August the first strawberry plant was planted in the new greenhouse. During the opening the first box with ripe fruits could be auctioned. A large part of the rest of the harvest will find its way to the United Kingdom and the Scandinavian countries via Veiling Zaltbommel. 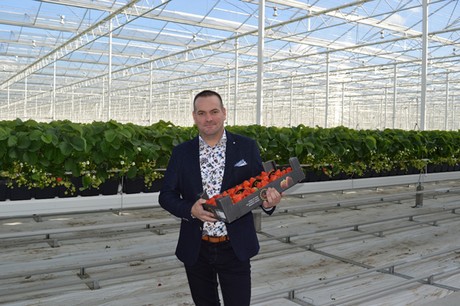 The proud winner of the first box, which fetched 5,820 euro, is destined for Stichting Hospice De Samaritaan in nearby Bruchem.

After the official part, which also included a role for four former teachers of the horticultural school where Gijbert Kreling learned the trade, it was time for the crowd to take a look in the greenhouse.

Time for a look in the greenhouse. 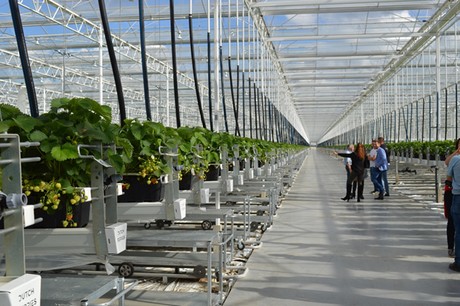 Also all parties involved in the construction were present to celebrate the end result. Food and drinks were copiously provided and so the party in Zuilichem went on for a long time. The general public will still have to wait a while before they can also view the inside of the mega greenhouse. During Kom in de Kas 2019 this opening will be repeated again. View the photo report of opening here.