"Only seeds that have commercial value remain"

VZW Vitale Rassen is a new Belgian organization that is working on preserving crop varieties. "We are a new initiative, but we took over from an existing organization, the Netwerk Zelf Zaden telen (Network self-cultivating with Seeds)”, says one of the board members, Greet Lambrecht.

“Growers always used to propagate seeds themselves. Due to the shift from farm to seed companies, this is becoming less common. In Belgium, they have been doing so for much longer than in the Netherlands. Examples of self-cultivated varieties are the Brussels sprout and green, ribbed celery. This generation of farmers is now vanishing. As a result, there is a decline in agro-biodiversity. In fact, only commercially valuable varieties remain." 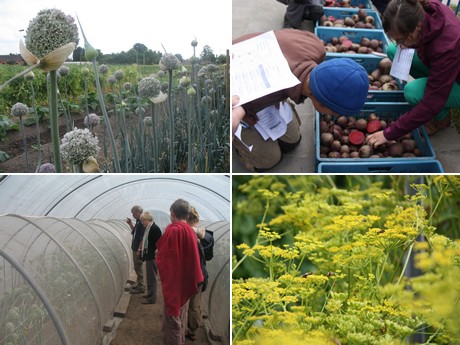 “We want to change this with this non-profit organization. We to make growers enthusiastic about breeding seeds. There is certainly attention being paid to this kind of plant variety in the organic sector", Greet continues. "We are mainly concerned with varieties that grow from seeds that can still self-propagate. You can see a crop grow from seed to seed and complete the cycle. This fits in perfectly with the cyclical concept of organic farming."

“We are also appealing to the wider community. We want to bring it to people's attention that seeds are there for the common good. They belong to everyone. That is why we are appealing to the community through a crowdfunding campaign. But, first, we need to see the farmers and gardeners who want to grow with seeds on their way", concludes Greet.