"Zimbabwe will become one of Africa's largest exporters"

“Zimbabwe will, in a relatively short time, become one of Africa’s largest exporters of horticultural products”, Dick van Raamsdonk of HPP Exhibitions expects. In one week, they will organize the HortiFlor Zimbabwe, and this show will contribute to that aim. From October 9-11, the Harare International Convention Centre (HICC) will open its doors for this new international trade fair for the fresh flowers, vegetables and fruit industry. Over 50 Zimbabwean and international companies will showcase their products and services during the three-day event. 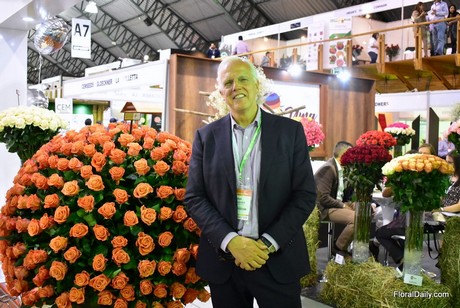 Starting from scratch
After having once been Africa’s second largest exporter, the Zimbabwean horticulture industry is eager to climb back up the ladder and again become one of Africa’s top exporters. According to Van Raamsdonk, they can achieve this within 5 to 10 years as they do not have to start all over. “They’re not starting from scratch”, he says. “The know-how is still there, surprisingly a lot of know-how actually is available”.

Summer flowers
Van Raamsdonk explains that many summer flowers are grown in the country, and he expects a good market for them. But will it become a competitor for the other African countries like Kenya and Ethiopia? “No, it will complement the assortment of Kenya and Ethiopia, as roses are their main product. I’d sooner think that Zimbabwe can become a competitor for South America. The price of Zimbabwean flowers will be lower than those from South America”, he says.

Cholera – will exhibition continue?
The recent cholera outbreak in the country made Dick doubt for a couple of days whether or not the exhibition could still be held. “We checked with several embassies and international health authorities, about possible consequences for the exhibition, but the message was to continue with the event with no restrictions”, says van Raamsdonk. “Cholera is also known as an infection among the poorer people, who are malnourished for example. Healthy people are not that vulnerable to be infected”, he was told.