How Greenyard got to sell the Horticultural business

Hein Deprez, CEO with the Belgium company Greenyard, has been told to tighten his belt by the banks. This came out during a shareholders meeting last week. The company announced yesterday they would sell its horticultural division.

Last week, the Belgium copmany Greenyard convinced banks to let the debt increase until March next year. The company bought itself some time, but it has to pay that bill in additional costs and a higher interest in the meantime. The debt is increasing due to the lower REBITDA expected this year. Greenyard started the year with an expected growth of 10%, but the company had to adjust this figure to an expected decline of 25%. 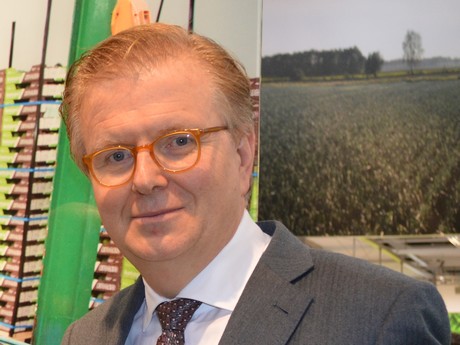 Because of this, the debt rises to more than 3.5 times the REBITDA agreed upon with the banks. Last year, the company reported a burden of debt of 400 million euro net. Belgian newspaper De Standaard calculates that with the company’s factoring debt, this negative balance doubles and will amount to about 800 million euro. According to the newspaper, this is the result of Greenyard reselling its customer invoices, so that they immediately receive customer receivables.

Horticulture has been sold, will mushroom company be next?
Disinvestments are therefore inevitable. During the meeting, Greenyard announced it would be selling their Horticulture segment. The company’s compost and substrate division will be sold to investment fund Straco for 120 million euro. Greenyard Horticulture is a market leader in Belgium, France, Poland and Ukraine. The division exports to 60 countries. The deal is expected to be completed in the fourth quarter of this year.

In the press release, Hein Deprez explains the decision: “Today, our focus is needed on improving profitability again and on deleveraging our balance sheet. In our two other segments (Fresh and Long Fresh), our strategy to build strong relationships with our customers remains intact. We remain keen on cooperating with growers and retailers to develop with them new concepts that create value for all parties in the supply chain. This reorientation towards our Fresh and Long Fresh segments will allow more focused management attention and a faster implementation of impactful operational improvement actions for internal profitable growth. We feel that this disinvestment is an important step towards a stronger Greenyard.”

Shareholders suggested other segments that could be sold. For example, it was suggested to also sell the mushroom company acquired by Greenyard last year. Shareholders wondered whether this division is part of the core activities of the company. “We’re currently thoroughly reviewing our activities. I hear what you’re saying,” newspaper De Tijd quotes Hein Deprez’s response. Greenyard is considering sale-and-lease-back operations, among other things, although not all shareholders were enthused by this plan.

Dole, listeria, supermarkets
In December 2017, Greenyard’s share price shot up when the takeover plans of Dole were leaked. In the first few weeks of this year, Greenyard took a first blow on the stock exchange when the deal fell through and Dole was acquired by Total Produce. Last summer, a listeria contamination in their Hungarian frozen factory was added to that. Since 22 January, no company has lost as much value on the Belgian stock exchange as Greenyard. “It’s true that this is a very painful matter,” Hein Deprez, Greenyard’s CEO, told De Tijd.

The listeria contamination is now under control. The Hungarian factory is operational again, and the inspection mechanism has been adjusted accordingly. The costs of the situation are estimated to be less than 30 million euro after insurance. However, the damage isn’t over yet. Combined with the hot summer, meaning the Fresh and Long Fresh segments have smaller profits, and the persistent difficult situation in Germany and Belgium, the multinational is now forced to take drastic measures.