"As a result of the dry weather, we expect a later start to the Brussels sprouts season. The sprouts are still on the small side at the moment and this has a bearing on the harvest. The yield will also be somewhat lower this year. This is also as a result of the weather", says Evelien Vanlerberghe of the Belgian company, Tryvan. Eighty percent of their sprouts are destined for export to France, the Netherlands, and Germany.

"We see the popularity of these sprouts growing. A lot of attention has been given to sprouts in recent times. They have gained something of a reputation as a superfood. Last season we saw a rise in the demand for Brussels sprouts in France. This increase is maybe also because we have sprouts of French origin. The demand from Germany has remained fairly stable. This season we have to wait and see what the demand will be like." 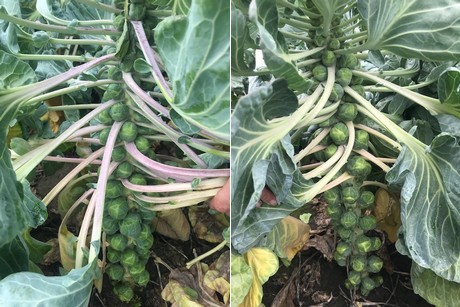 The early sprouts of the Abachus variety
"Brussels sprouts are a typical winter vegetable. This is strongly reflected in the demand. Consumption is higher when it is cold out", continues Evelien. The sprout season begins in September, in most part for the fresh market. In November, harvesting for the industry starts. The sprouts that are larger than 30mm are sent to the fresh market. The smaller ones of between 15 and 35mm go to the industry.
"We mainly supply the West Flanders frozen foods sector with our sprouts. Smaller volumes are sent to these sectors in the Netherlands and France. The combination of the fresh market and the industry is exciting for us. In this way, we keep our returns as optimal as possible." 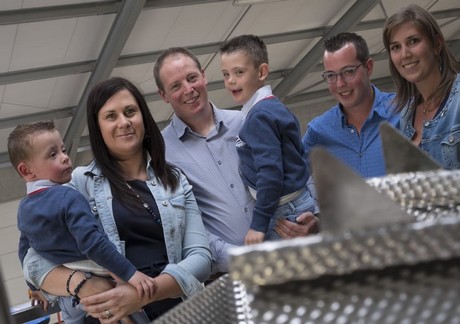 Tiebe, Evelien, Bart, Milan, Sam, and Louise
Trypol Pack
The company was originally known as L&K. It was founded by Luc Trybou. A few years ago, Luc's son, Sam and his wife, Louise, became involved in the business along with Bart and his wife, Evelien. "In 2008, we decided to start our own company. Everyone now has their own company and we could work together in a flexible manner to make sales. We also work a lot with Dutch, Belgian, and France fresh market traders", explains Vanlerberghe.
In 2013, the packaging company, Trypol Pack, was set up. This was done to optimize the efficiency of the company. "Thanks to the packaging of the product we can supply dedicated value. We can also position ourselves in the market. In recent years have seen a trend toward packaged products. This packaging means supermarkets have less wastage. The packaging also enhances the product's shelf-life. Sprouts in flowpacks keep for longer." 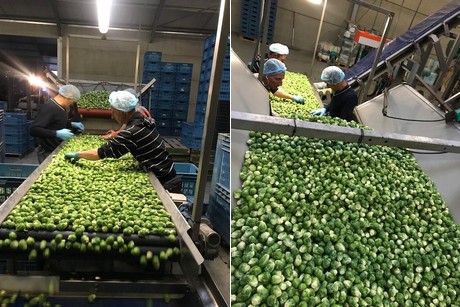 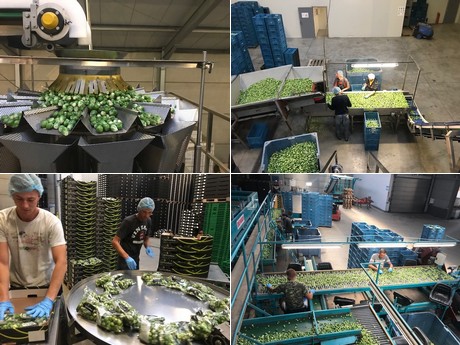 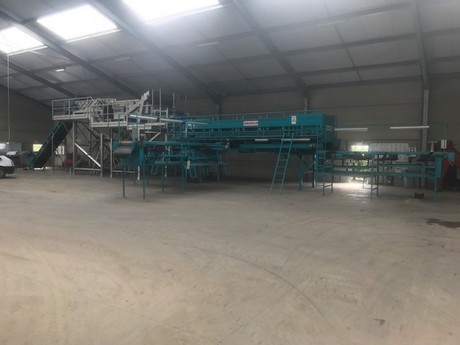 The Tomra type Halo optical sorting machine was bought in 2017. This sorter has a capacity of 10.000 kg/h.
Flower sprouts
"We currently do only normal, green Brussels sprouts. We get demand for purple or flower sprouts mostly around the holidays. However, this demand is minimal. It is still a bit of a niché market. I expect this to remain a very small market. It is, however, a very nice product for the hospitality industry or for special occasions", says Evelien. West Flanders is a good region for growing Brussels sprouts. "There is quite a large volume being cultivated. There are also some 100 large and small growers here in Belgium." 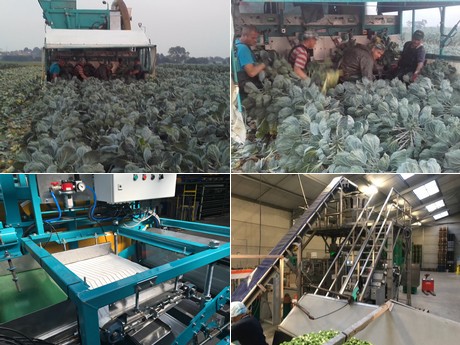 The Deman picking machine. At the bottom left is the optical sorter that gets attached to the picking machine. It is also from the Deman brand.
For more information:
Bart & Evelien Vanlerberghe
Trypol Pack bvba
40 7th Genie Street
8650 Houthulst
Belgium
Tel: +32 (0) 495 332 799
info@trypol.eu