"“US relationship to retail much more sustainable than in Europe"

Last year, Niels Klapwijk and Paul Schockman joined NatureFresh Farms. With their Dutch spirit of commerce, the guys have added value for the Canadian greenhouse vegetable giant. “NatureFresh is a true growers’ business, and has always maintained the ‘when it’s gone, it’s gone’ principle. We were unfamiliar with that, which is why we imported a considerable range of greenhouse vegetables from Mexico, Spain, Israel and the Benelux in the past year. We naturally used our existing network to have year-round supply. But 80 per cent of our range is still our own production. Because of this, we can guide what is grown from a commercial viewpoint.”

Sustainable relationship to retail
While Niels is responsible for all purchasing and communication with the garden, Paul’s time is taken up more by long-term agreements and strategy. The greenhouse vegetable company supplies about 75 per cent to the US, and the remainder to Canada. “Of that, the largest share is retail. Of our top ten of customers, eight are supermarkets,” Paul says. The relationship with buyers in the US is different than in Europe, he noticed. “Here, people seek out a sustainable relationship for both parties, they’re still honestly interested in you, and they’re looking for a win-win situation. They understand you have to earn money to invest in production and innovations. That’s quite a relief, and it means you’ll go further to help each other. Question is what the rise of retailers like Lidl and Amazon will mean for the American supermarket landscape.” 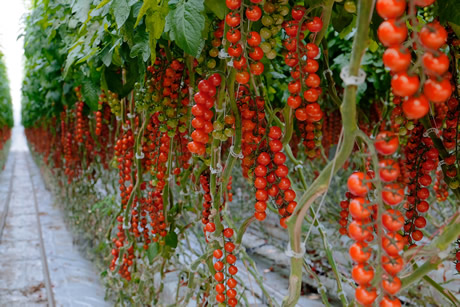 When asked how the past greenhouse vegetable year went, Niels, who discusses the prognosis with the other members of the Ontario Greenhouse Vegetables (OGVG) every Monday, answers: “Production-wise it has been a fantastic year, with fairly constant weather and without an extreme summer. Because of this, we had constant supply of product, good sizing and no quality problems. However, this was also the case for the North American and Canadian outdoor cultivation, which lasted much longer because of the good weather, while the Mexican season has already started again by now. Cucumbers had a bad start, but they had good prices after that.”
In Delta (Ohio), NatureFresh Farms has its own illuminated tomato production. This has just started and will last until late July. “The reason is mostly to be able to offer a local tomato of excellent quality and flavour in winter. We are out of production there two months of the year. This is due to workers from abroad, who are not allowed to work during two months of the year because of the ‘offshore program.’ We’ve chosen to therefore be out of production in July and August, because there’s much outdoor production during those two months,” Paul explains. 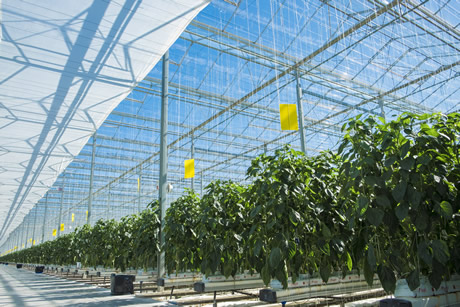 Organic cultivation
Organic cultivation is also becoming increasingly important for NatureFresh Farms. Last month, the company reached an agreement to start growing organic bell peppers in soil with the newly developed growing system from Van der Knaap. In 2018, six hectares of bell peppers will be grown using the cultivation concept. In coming years, this will be increased to 12 hectares. “That expansion is really necessary, considering demand. Many organic bell peppers are currently imported from the Netherlands and Mexico. Israel has also been an important supplier during the past season,” says Niels.
NatureFresh Farms is growing well, for that matter, because the cucumber area will also doubly by six hectares in the coming year. “The future is looking sunny. Regarding vegetable consumption, the US is still miles behind Europe, but that same trend for healthy food is happening here, and I expect we’ll bridge the gap somewhat. That’s why so much is still built in both the US, Mexico and Canada,” Paul says. “The disadvantage is that we don’t have a back-up here in case of overproduction. From the Netherlands, you can send three lorries to Eastern Europe, that’s much more difficult here. When you’re here, you get a different perspective regarding time anyway, it’s four hours driving to Toronto.”
The Dutchmen say they are enjoying themselves at the Canadian greenhouse vegetable company. “But I didn’t come here to move to Canada, I cam here to work for NatureFresh Farms,” Paul emphasises. “I’m from Amsterdam, and compared to that, Leamington is very different. But the quality of life is good, we’re enjoying each other’s company and as is the case everywhere: life is what you make it. I came here for personal development, a new experience and to help elevate NatureFresh to the next level. I don’t even know how this adventure will end.”