All eyes on Mexico

The prospering Mexican greenhouse vegetable industry will soon have access to a whole new range of varieties from seed breeder Yuksel. The company that originates from Turkey and operates in emerging markets around the world, recently opened a new division that will focus on establishing in one of the fastest growing markets for protected horticulture.

The team of Yuksel at the demo greenhouse at the Expo Agroalimentaria this month: Ziya Yildiz, Ricardo Mendez and Tyler Clark

Yuksel Seed Mexico S.A. de C.V presented itself to the Mexican industry for the first time during the Expo Agroalimentaria in Irapuato this month. The team welcomed interested growers, farmers, shippers and traders at their demonstration greenhouse to show them some of their most promising and interesting varieties for the Mexican market.

"Our first commercial variety adapted by the Mexican industry was our specialty tomato Espresso", said Yildiz. "The hydroponic tomato is cultivated by producers who are under contract of Canadian growers. It's a brown/ red cocktail tomato that produces nice round uniform fruits of 150-170 grams and grows on a strong plant with many vigour." 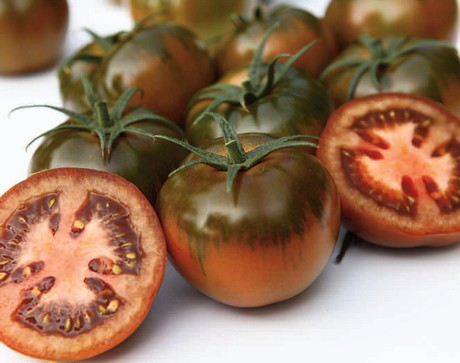 Yildiz expects a lot from the Mexican market and explained that it is currently one of the most important growth markets for them. "The Mexican acreage with protected crop experiences constant growth, every week new greenhouses are opened. We expect a lot from this industry and have a special focus on the Nafta countries."

Furthermore, Ziya explained that other important tomatoes offered by Yuksel Mexico are specialty tomatoes Quasimodo, Stealth, Sacher and Tiger. Next to this Yuksel's Mamut variety has really taken off in the Saladette segment. Saladettes are comparable to Roma tomatoes and are still the major type of tomatoes grown in the Mexican soil greenhouses.

Yet, the biggest growth of the Mexican industry is driven by hydroponics. For this part of the industry, Yuksel offers a selection of other commercial varieties. Aside from many specialty tomatoes they also offer cucumber varieties Enduro (in the picture), Synergy, Mystik and Kyra. Another variety worth mentioning is hot banana pepper Mohinora, which is increasingly present in Mexican greenhouses.

The seeds from Yuksel Seeds Mexico are directly available from their offices in Guadalajara, Jalisco, as well as via distributors like Keithly-Williams Seeds and Ahern Seeds.