Japan's largest tomato grower Kagome has made significant investments in technology and supplies to build their name with a premium quality greenhouse grown tomato brand. Since 2014, they are growing in 2 hectares of modern semi-closed Ultra-Clima greenhouses in Akeno-cho and nothing is left to chance for their crop.

While the company has been in existence since 1899, employs 2,200 and operates a large numbers of farms and food production throughout Asia-Pacific, the company knew that a different approach was needed to grow a top quality, maximum producing tomato crop in the Yamanashi Prefecture at the foot of the Japanese Alps.

Therefore they opted for the modern Ultra-Clima greenhouse, by that time the first to be built in Japan. The revolutionary greenhouse design would make it possible for Kagome to grow a consistent crop in an area with tough climate conditions. The winter and spring were nice and mild but the summers were long, hot, and humid. The Ultra-Clima was a concept that could cope with this. 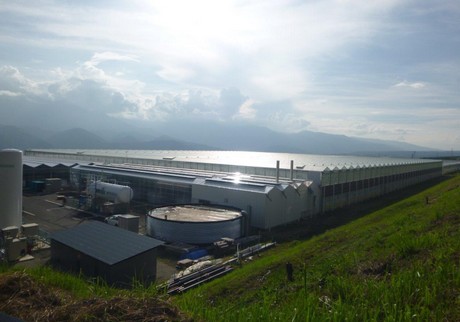 But having the right greenhouse was just the first step in the process. Kagome's General Manager Satoshi Harada said that the company also was looking for the right supplies in order to produce the highest quality and production. "You can have the most high tech greenhouse in the world, but if you don’t pay the highest attention to your substrate and don’t get the right starting material you can face some serious growing issues and will not achieve the targeted production. Therefore we consulted with our exclusive coir supplier Riococo for a mix with the highest quality, consistency and uniformity. We started to work with them to develop a media that could handle the tough conditions and the rapidly changing climates." 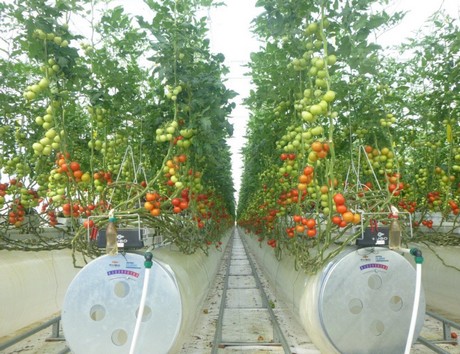 Harada explained that Riococo already had been Kagome’s growing medium of choice for 10 years since the first introduction in 2006. Kagome introduced the growing media on less than an acre, and gradually expanded with the Riococo brand substrate to all of their greenhouse facilities throughout Japan and China. "We had very good experience with this coir substrate, thanks to their research based results and expertise, all of our greenhouses throughout Japan saw an average increase in production over 15% ."

Harada approached Riococo in 2014 with the question to develop a substrate that would make the crops in the Ultra-Clima condition, perform at a maximum. It is notable to say that by that time Kagome was facing several challenges after a significant price drop of the Japanese Yen during the construction of the greenhouse, creating a gap in the financial planning. This forced them to make several cuts in their budget, for example to wait with the investment for a heat storage tank or the acquisition of a roof cleaner. Nonetheless the grower did not want to cut the budget for the growing media or choose an inferior product.

"We required a growing medium that could handle the tough conditions and withstand the different climates we are dealing with throughout the year", said Harada. "The team at Riococo helped us to find this solution according to our precise specification that we needed for our variety and crop type. They listened to our needs and feedback and helped us to find a very well balanced coir mix that we required for this critical growing situation in Akeno-cho. 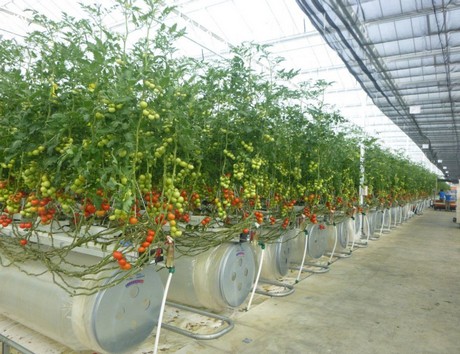 Shan Halamba, CEO of Riococo explained that the majority of the grow bags and the starter blocks they manufacture nowadays, are tailored to the individual specifications of their clients. "We do have series of standard products but for the majority of the growers, we provide custom mixes and expert support. We work alongside a grower like Kagome to meet their exact requirements of the water and the air content in the slabs and starters blocks. They give us feedback on the behavior of the starter blocks and the slabs and we incorporate this feedback in the tailored mix, in order to supply a growing media that exactly answers all their needs in regards to both air and water distribution as well as optimum root growth." 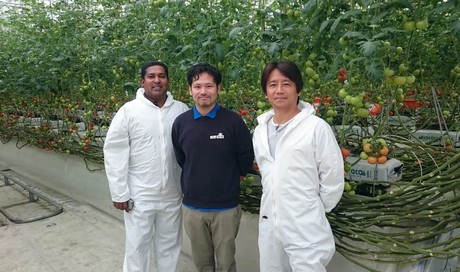 In its first season the Akeno-cho facility produced over 70 kilos per square meter, which is nearly 20% more production than Kagome’s other locations. With the continued tailoring and support program from Riococo, their target is to reach over 82 kilos of production per square meter.

Harada explained that especially the consistency and uniformity of the substrate also plays a key role. "The substrates have a very stable, consistent quality, which makes it easy to improve our irrigation management, as the changes account for the entire greenhouse because all of the plant are growing in a substrate that is exactly the same. Another very important factor for us is that Riococo is capable to maintain this uniform and consistent product even when delivering on such a large scale to all Kagome operations, throughout the year without any delays or interruptions.”