Serious room for growth for protected crops in Mexico

As Mexican growers and entrepreneurs are increasingly interested in the cultivation of berry crops, a special new Berry Pavilion will be introduced during the upcoming Expo Agroalimentaria trade show, held in Irapuato from 8 to 11 November.

According to Toni Zarattini, president of show organizer PDA, the 21st edition of Mexico's most popular agricultural and horticultural trade show will once again become larger than ever. Last year the expo moved to a new location outside Irapuato in order to meet requirements for the show's expansion and this year they have crossed all the t's in order to complete this move. 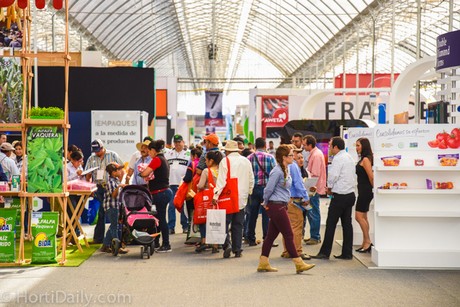 For the 2015 edition, the expo's new location was finished just in time but there where still a few teething problems. "We grew from 900 to a total of 1500 exhibitors and we completed the new exhibition area just in time. This year both visitors and exhibitors will see that we have been working hard over the past year to make the new location more solid." The organization has made several improvements to the infrastructure. "Besides having more restrooms available, the parking area is now larger, completely paved and fully under surveillance of security staff". The parking lot now also has an extra entrance and exit and according to Zarattini there should also be less traffic jams as a result of the finished municipal roadwork on the highway.

A special focus during the 2016 Expo Agroalimentaria will be on the production of berry crops. A total of 14 exhibitors are participating in a new 2,500 square meter Berry Pavilion. "This new demonstration area shows hydroponic Biloxi blue berry crops in all stages, from young plants to intermediate and fully grown crops". 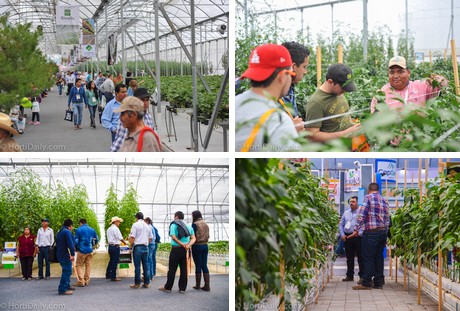 According to Zarattini, the new Berry Pavilion is a result of the growing interest to grow high value crops among Mexican farmers. With row crops like grain being less in the picture due to bad pricing, many farmers, growers and investors are looking at alternative crops that provide more value, but which are also harder to grow. The majority of the development of this type of cultivation is currently concentrated in areas like Michoacán, Jalisco and Guadalajara, where most of the farmers are growing berry crops in macro tunnels.

"Interest for protected crops has seen a big increase in recent years", confirmed Zarattini. "Many farmers are now sourcing and investing in technology to grow crops that are hard to grow, but provide better and more consistent pricing. Not just in regards to berries, but also for greenhouse crops like tomato and bell peppers there is still much room for growth and production. Especially within the specialty tomato category with tasteful and colourful varieties there are many opportunities."

With the introduction of the berry pavilion, the Expo Agroalimentaria once again shows that it has a mission to make Mexican farmers aware of opportunities and chances. The event is obliged to provide a complete educational and networking platform. "We are committed to creating an even more professional event and want to express that we seriously respect the Mexican agriculture industry. This is also the reason why we have decided to make less distractions available at the show." Zaratinni explained that there will be less outlets for the sale of beer and that they have introduced a dress-code for the hostesses. "In we want to have a high quality group of visitors and not just people who are attending for beer and women."