If you ever visit a research, institutional or educational greenhouse in the United States, chances are it has been built by Johan van den Beukel of Beukel's Greenhouse Services Inc from Kalamazoo, Michigan.

From baker to builder

This native Dutchman was born among the glass greenhouses of Naaldwijk. After a short career working at a local bakery, he soon made a career switch and started working in greenhouse construction at the age of 15; first in greenhouse demolition, later specializing in glazing. 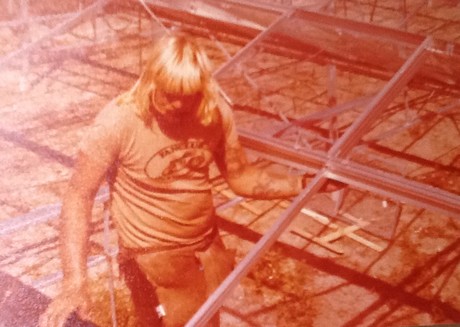 Johan van den Beukel a couple of days ago

Looking back at his long-standing career, Johan recalls that at that time the greenhouse industry in Holland consisted of thousands of small greenhouse growers, with very small greenhouses compared to present-day standards. 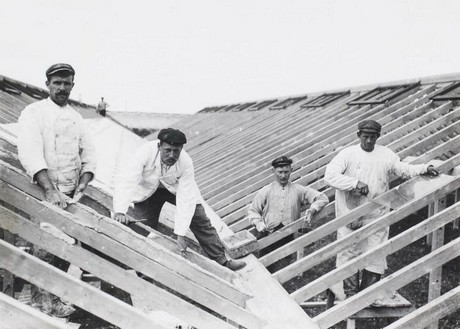 "I started my career as a glazier at the company of Jack Middelburg, who was also a famous Dutch professional Grand Prix motorcycle racer. It was a very good time, working hard every day glazing small greenhouses that even still had wooden gables. At that time, greenhouse horticulture was really flourishing in the Westland area and it was a great time to be part of that burgeoning industry." 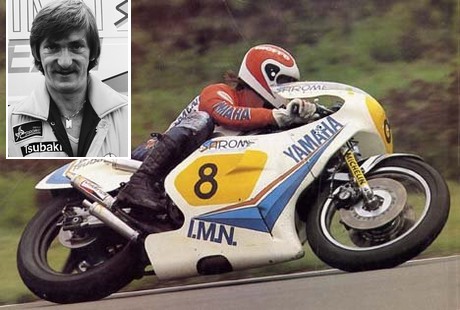 Just like his friend Gill van der Drift, Johan van den Beukel started his career at the company of Jack Middelburg; a greenhouse builder who was also a well known successful Grand Prix motorcycle racer. Middelburg died after a crash during a race in 1984.

But soon the Dutch developed their innovative greenhouse technology and became known for their expertise on glass 'Venlo' greenhouse structures all over the world. Many Dutch greenhouse builders went on to explore export markets by building the first glasshouse projects for greenhouse projects abroad. It started with projects in Belgium, Germany and the UK, but soon the technology was demanded in far away countries as well. "My first project in a far away country was in Israel in 1976", Johan recalls. "I remember that very well because it was around the time the first Lebanese Civil War broke out. Nonetheless, we were working hard during the day and had a great time spending the nights in local bars."

Later on in the 1980s, Johan was sent to work on projects in other countries like Libya, Egypt and Saudi Arabia. He even lived in Saudi Arabia for five years to complete several projects. "After working in the heat of Arabia for several years straight I decided to go back to Naaldwijk in 1985 to enjoy the cool Dutch summer again."

But while enjoying a couple of cold beers on a terrace in Naaldwijk, Johan was approached by a fellow greenhouse builder who told him about a project in the United States. "He asked me if I would join him to complete this project in Texas. I did not hesitate to join him, it sounded quite adventurous and was a nice opportunity."

This project in Texas, for bedding plant grower Billy Powell, was the first project that led Johan to the United States. Ever since, now for 31 years straight, the Dutch greenhouse builder has been living in the States. "I enjoyed working in the U.S., there was a good atmosphere and the industry offered us many opportunities."

In Holland the industry changed and the landscape for greenhouse builders changed, when projects became larger and the competition increased. Johan said that he enjoyed working in Holland but that the situation changed when more pressure was put on the Dutch market and the builders had to work like crazy to make some money. "In the U.S. the projects were not only smaller in size, but things were also more relaxed."

In 1990, Johan founded his own company, Beukel's Greenhouse Services. With this company he offers construction services to greenhouse manufacturers across the United States. Most of the projects he and his team are working on are the smaller structures for schools and institutions. "This is the kind of work we enjoy the most, the smaller the better. I do not like to build projects of 1 or 5 hectares or even larger, simply because it's not our cup of tea. We do not have the right equipment for it, and I think it is dull and monotonous work." 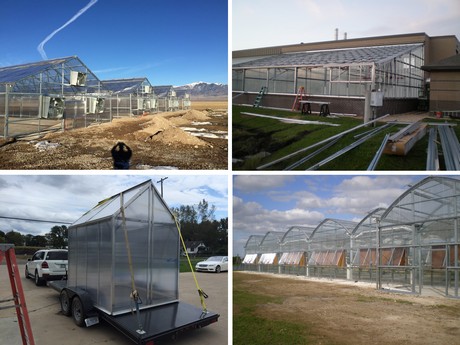 Some of the work of Johan van den Beukel

Johan and his team of six employees enjoy working on small greenhouse projects. The largest greenhouses they built are about 2,000 square meters, they do not go any larger. "Most of the greenhouses are small but are challenging to build as they are often used as a research facility at schools and universities. They require many kinds of specific technologies and are often divided into several sections. This makes it nice to build, not one project is the same. The variation in the work is what attracts me, there is never a day that you are doing the same work as the day before."

Recently Beukel's Greenhouse Services completed a project in Pennsylvania. Up next is a project in Wisconsin, where they will be building a total of three educational greenhouses at local schools. "Lately, we have been building many of these educational greenhouses, as a lot of funding and grants are awarded to schools to educate their students about greenhouse growing. This provides us with a good amount of work lately."

Beukel's Greenhouse Services install the entire structures, taking care of all the building and installation of parts like bench systems, screening and heating. Recently they just completed a project in Pennsylvania and currently they are working on a project for the University of Florida.

"Our clients are greenhouse manufacturers such as Van Wingerden from North Carolina, Rough Brothers from Ohio and United Greenhouse Systems from Wisconsin. With my other company Belucon, founded together with my friend Arie Luiten of Luiten Greenhouses in Kalamazoo, we renovate existing greenhouses. With this business we also have plenty of work coming up." 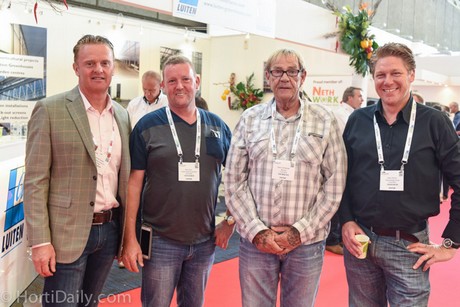 In December this year, Johan van den Beukel will turn sixty. "If I win the lottery, I will quit immediately. But honestly I like working in this industry too much, and we really enjoy the atmosphere of the job. I think I will remain in the industry for as long as possible, also because we have plenty of work ahead. The local vegetable industry is growing steadily, but the legalization of cannabis is expected to bring plenty of construction work as well. I will be around for a couple of years still!" Johan enjoys his adventure in the USA; especially when visiting all the car races; his biggest hobby besides greenhouse construction.