Netherlands and Japan to increase cooperations

The commercial relationship and friendship between the Netherlands and Japan dates back 400 years. If Mr Kamp, Dutch minister of economic affairs, has his way, the next step will be the cooperation in agri- and horticulture. So he stated at the opening of a seminar during the recent Dutch trade mission to Japan. 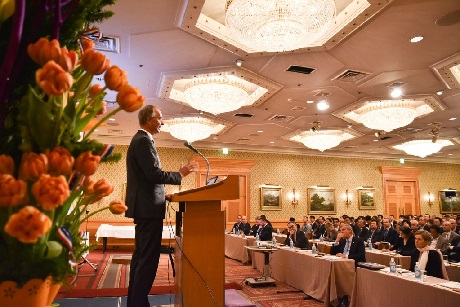 At the seminar, Fred van Heyningen of the Rabobank spoke about export knowledge instead of greenhouses. "We have to export the cluster," was his conclusion. Jan Omvlee, export director of Rijk Zwaan, discussed partnerships with Japanese companies. Ferdi van Elswijk of Prominent gave the example of heat exchange between the horticultural sector and the harbour of Rotterdam. Aldrik Gierveld, director of the European agricultural and fisheries policies, closed the seminar. "Stay in touch with the Dutch," he advised. 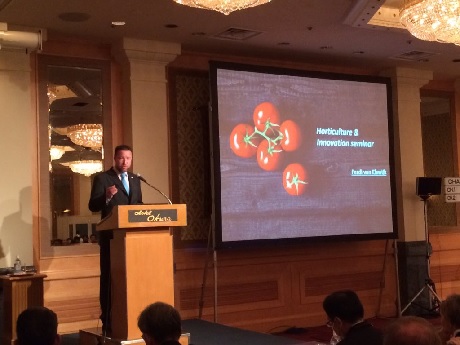 Minister Kamp: "The next step should be cooperation in agri- and horticulture. Earlier this year the Japanese government decided that the income of growers should be doubled. Agriculture is the basis of economical development in an open economy. The TPP-agreement can contribute to this; it gives the opportunity to enlarge the export, but innovation in the horticultural sector is needed. We would like to be your partner in this." According to Kamp, the success of the Dutch comes from innovation. "Innovation enables us to produce five times more than the EU-15 average. Horticulture started a revolution: whilst you need sixty litres of water in the field to produce a kilo tomatoes, you can succeed inside a greenhouse with only four litres. Our greenhouses do not need electricity, they produce electricity. Japan may use this knowledge, this means that Japan will not need to reinvent the wheel; we bring it to you," he promised. 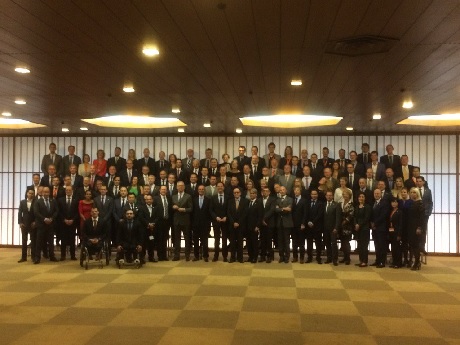 During the trade mission, several horticultural companies were visited, with a special focus on the opening of the new establishment of Koppert Cress in Japan and the cooperation between the Japanese company Seiwa and GreenQ. They decided earlier this year to run a knowledge centre together for the next generation of Japanese growers. The Netherlands and Japan entered into a strategic partnership with each other.