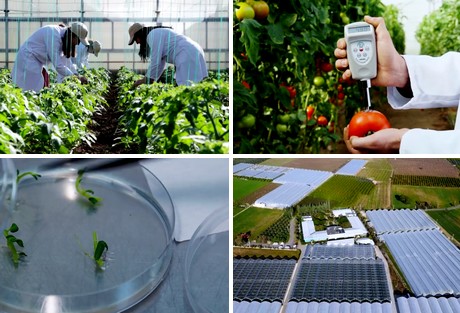 The Turkish vegetable breeder Yuksel Seeds is one of the Turkish breeders that has an extensive presence not only in the domestic industry, but also on a global scale. More greenhouse growers outside of Turkey are interested in their varieties, and the breeder is working hard on its international breeding program. Yuksel's varieties are known for their combination of authentic characteristics with commercial production capabilities.


Recently, Yuksel opened their first North American office in Leamington Ontario. Ziya Yildiz of Yuksel: "We have a large presence in our home markets on the European mainland, but we noticed increased interest from North American growers as well. Their market is being dominated by Dutch and Israeli breeders. They are playing a leading role in our industry and we highly respect all of their pioneering work. But apparently the growers are looking for the alternative that we can offer them."

Yuksel seeds will be exhibiting at the GrowTech Eurasia, from 2-5 December, at the Expo Center in Antalya, Turkey.