Canada: A lot of progress going on at Les Serres Stéphane Bertrand

In the Canadian province of Quebec, some interesting things are happening. In Mirabel, Quebec, construction for another 2.7 hectare expansion is currently taking place at tomato grower Les Serres Stéphane Bertrand. The expansion comes shortly after the recent opening of their first 2.2 hectare expansion which was put in to operation earlier this year.

From the beginning, Acrobat Projects was involved when Les Serres Bertrand decided to retrofit its existing operations and expand the businesses in 2 phases. Acrobat was contracted to replace the older control systems in the existing range with a HortiMaX computer system, directly followed by expansion for the new construction as well as supplying a new irrigation system including a fertilizer injector unit and HortiMaX water disinfection unit. 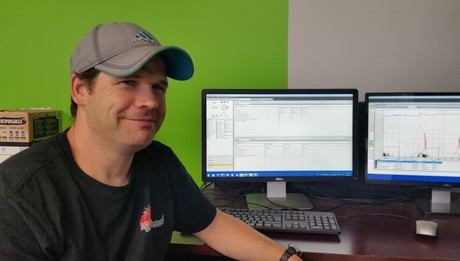 According to André Riopel, head grower at Les Serres Bertrand, the implementation of a new advanced HortiMax control system made sense due to the added benefits. He explained that their first greenhouse operations were originally controlled by older systems that were outdated, which limited the optimal control of the climate and crops. Riopel: "Other colleague growers informed us about their positive experiences with HortiMax controls and based on their feedback we decided to take a closer look at this. During the fall of 2014 we gave Acrobat Projects the order to take everything out and changed it over to a HortiMaX system, because we wanted to be more precise in our control of the climate, irrigation and heating, just like our colleague growers."

During the first stage of the work at Serres Bertrand not only was a HortiMaX system installed in their existing greenhouse, but a completely new heat management system was also installed including wood burning boilers and heat storage systems. Everything is now being controlled from one platform; HortiMaX Synopta.

"We wanted to have one main control system to control our entire operation," said Riopel. "While we did not have much experience with HortiMaX yet, we have learned a lot during a relatively short time already. While the many setting possibilities appeared to be overwhelming in the beginning, we received great support from the French speaking HortiMaX' helpdesk, and direct support from Mike Galenkamp at Acrobat Projects. We learned how to work with simple settings in the beginning, and learned a lot shortly after. It's really easy to make fast progress with the system. Also in regards to the support during the installation, the technicians of Acrobat Projects did a great job, working in close harmony with the greenhouse builder, our staff, local installers and electricians." 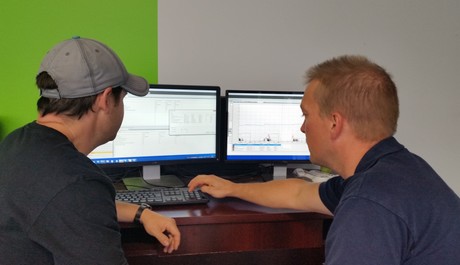 The construction of the first 2.2 ha phase started in fall 2014 and was finished in spring 2015. That is right now being immediately followed by a second 2.7 ha phase, which also includes the installation of the automation and irrigation system control systems. Again HortiMax automation by Acrobat Projects is the preferred choice for the grower.

Riopel praised the advanced possibilities of the HortiMaX installations. "So much more is possible, and we are no longer running into problems that we had with our more simple older system. That was often limited or was even inadequate. We now have so many possibilities available, and everything is connected together. As well as this we are very happy with the irrigation possibilities, it's all more advanced and will improve production and quality."