Esmeralda Farms is a breeder and grower that owns 500 hectare of nurseries. The majority of the nurseries are located in South America. However, due to increasing labour costs and competition, the company is moving nurseries from South America to Africa. At the moment, Esmeralda Farms is establishing a farm in Ethiopia. The products are bred in-house and they try to control every step in the supply chain. Esmeralda Farms has two offices. The largest volumes are sold to the United States and Canada by the headquarter located in Miami. About 35% is sold by the office in Aalsmeer, the Netherlands. The office in Aalsmeer, supplies 35 countries, including Ukraine. 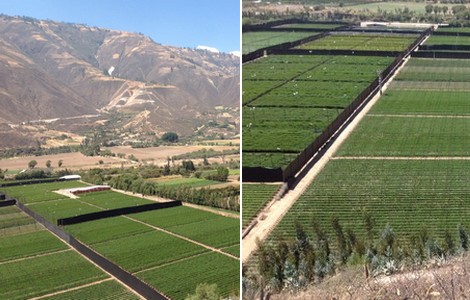 One of the Gypsophil farms of Esmeralda farms in Ecuador.

This year, the Flowers & HorTech Ukraine will be organized for the 9th time. Last year, the trade show was cancelled due to unrest in Ukraine. However, the financial situation and business chances are improving in Ukraine, says Guido Zwart, sales manager at Esmeralda Farms, the Netherlands. This is the main reason for Esmeralda Farms exhibiting again this year at Flowers & HorTech Ukraine.

Esmeralda Farms is a breeder and grower of 45 different floral products and has been a loyal participant of the Flowers & HorTech Ukraine from the start. The company only missed 2 trade shows over the last nine years and will also be present in the upcoming trade show. 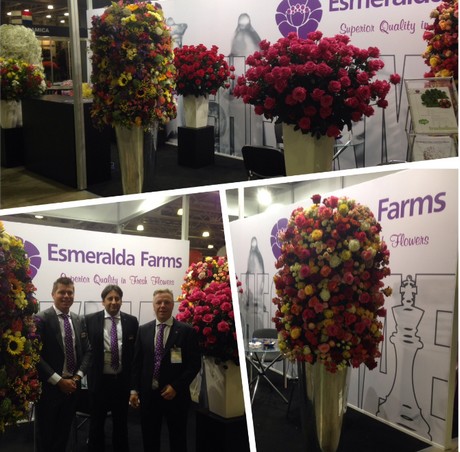 On the left, Guido Zwart. In the middle, dhr Lukasz Zielinsky, sales manager Eastern Europe. On the right, dhr Loui Hooijman, the director.

With the intention of promoting their products, the company attended the first trade show of Flowers & HorTech Ukraine, in 2006. "An advantage of this exhibition was the possibility to show the complete assortment" says Guido Zwart. After this exhibition, Esmeralda Farms obtained a large number of new customers. Due to this large success, the company participated in Flowers & HorTech Ukraine exhibitions, when possible.

Last year, the cancellation of the Flowers & HorTech Ukraine was an indication of the situation in Ukraine. Also Esmeralda farms suffered from this. The company applied for the trade show and due to the “last minute” cancellation of the trade show they went on their own initiative to Ukraine to visit clients after Womensday and to evaluate the sales. "It was a disappointing trip" says Guido Zwart. There was more unrest than expected and no trade opportunities were found in Ukraine. Consequently, the export rates of Esmeralda Farms dropped by 80%.

This year, however, the financial situation of Ukraine is improving, says Guido Zwart. "The currency fluctuations are not that fierce anymore, it becomes more stable." Moreover, the prospects are positive, says Guido. This, combined with the former successes of the Flowers & HorTech trade shows are the reasons why Esmeralda Farms is attending this trade show again. At the show, the company's stand can be visited at number E1.