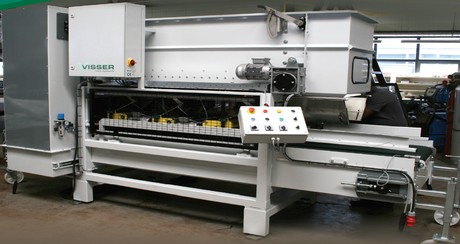 Basically the destacker and filler line of Visser Horti Systems has not changed in design considerably in the past years. The design was already very functional and did the job very well, but Visser was still able to make some additional improvements in the actual design. 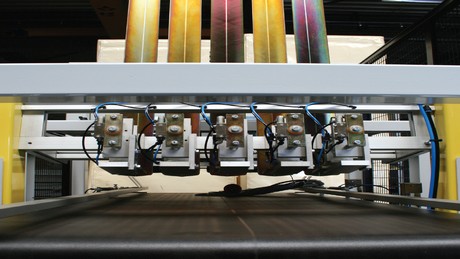 According to Justin, the whole process is now really quick and even more accurate. It works with both Visser and trays and pots from other suppliers, as long as it is a tray or pot of a decent quality.

“The quality of the plastic trays and the pots are really important. Many times growers reuse the pots and trays. If they are not perfectly clean that can cause disturbances with the working of the machine. Also, low quality plastic can be problematic, as the system might damage them instead of destacking them. ”This system definitely saves a lot of money, time and effort for the grower, but they need to invest in proper supplies to obtain optimal results. We work together with several pot and tray suppliers that we recommend to our customers too.” 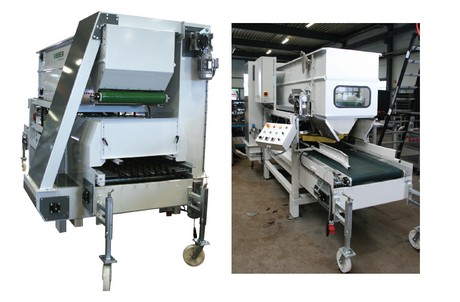 After being destacked, the trays are moved to the filling area. Here, just as before, a belt system is used to transport the trays.

“This part consists of three main units. First the trays are filled evenly with soil, then a roller and then later a motor-driven paddle compacts the soil, and finally a brush cleans it all off. The beauty of the system is that all the parts are removable, movable and convertible. Thus, every grower can find the optimal setting for their production.”

Justin added that the excess soil material falling from the belt is not lost; it is collected by the machine and used again for filling another batch of trays”

According to Justin, "many customers mentioned how sharp we were on price compare to competition without any compromises on the machines quality. At the show, we closed several deals and we are currently building more machines as we speak."