The Australian greenhouse project of the well known Dutch horticultural entrepreneur Cor Disselkoen is getting well underway. After tremendous delays due to extreme bureaucracy with many laws and regulations, the first preparations for the 16 hectare greenhouse of Maria's Farm Veggies in Williamtown, New South Wales, finally begun.

At this moment the land is being levelled by local contractors and the first materials for the greenhouse have arrived. The project is initiated by Cor Disselkoen, an entrepreneur with an extensive history as a fruit trader from the Dutch Westland area. 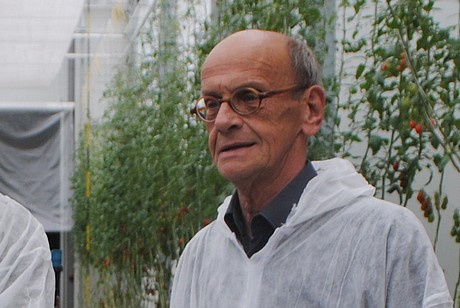 Together with his son Stefan, Disselkoen emigrated to Australia to build a large greenhouse for the production of vegetables for the local market. "The European market is saturated with greenhouse vegetables, over here there are better chances for a successful business. Australia is about 235 times as big as the Netherlands, but you can only find about 100 hectares of glasshouses that are dedicated to the production of vegetables. It is also a country with 235 different climates. That's why the open field production is easily affected by changing weather conditions. By growing crops in a controlled environment like a greenhouse, you can distinguish yourself on the market with high quality and food safe produce, and deliver consistently."

But before Disselkoen picks the first fruits inside the new glasshouse, an extensive history of delays, regulations and bureaucracy took place beforehand. "We are now in the fourth year of the project, and we did not start building the actual structure yet. You will not believe how crazy it can be over here. In a way of speaking: you almost need a lawyer to formally apply for permission to go to the toilet."

But now that the land is being levelled, Disselkoen hopes to plant the first crop in June - July 2015. The greenhouse will be built be the Dutch Dalsem Group. According to Disselkoen, only a Dutch greenhouse builder will be able to build a 16 hectare all at once. "There are local greenhouse builders, but the Dutch are still steps ahead in big projects like these."

The 16 hectare greenhouse complex will consist of two sections of 8 hectares each, plus a packing facility and additional technical area's. In total, Disselkoen owns 400 hectares of land in Australia, and the 16 hectares is the first phase of his Australian project.

In the future, Disselkoen also plans to build a propagation greenhouse, but for the first years he will acquire youngplants via Flavourite, another Australian greenhouse grower. This company will also be responsible for the marketing of the fresh produce that Maria's Farm will produce. But Disselkoen affirms that Maria's Farm is a wholly owned company by Disselkoen with no further connections to a second party.


Maria's Farm will grow coarse TOVs and high wire cucumbers. Disselkoen will be the first grower that is cultivating High Wire Cucumbers in Australia. 'That's one thing I am sure of! I regularly visit the Netherlands, we are still the country with the most knowledge in regards to horticulture. You will need to keep up with the trends."