"It's not just about putting light into an environment"

With enhanced LED installations in various parts of the horticultural sector, Heliospectra’s LED plant growth lights gained much attention, interest, and respect from the research side of the green industry. Initially, the company profiled itself as a developer of comprehensive, configurable, rugged LED systems. But along the way, Heliospectra translated their experience and knowledge into various products that could be installed in any commercial nursery. And of course the development isn’t stopping there.

Heliospectra is now offering a lighting solution for commercial growers. Initially, their products were known as high-end solutions primarily designed for the research side of the industry. But according to Christopher Steele, COO for Heliospectra, the company will increasingly make their high end solutions available to any kind of industry. “Heliospectra was founded by plant scientists, which influenced from the very beginning not only the application of the product, but also the product itself,” said Steele. “We have taken of a bit different product strategy by adding a lot of advanced technical features, control features and monitoring capabilities. We do not want to just put light into an environment. We want to add value into the entire system of the growing operation." 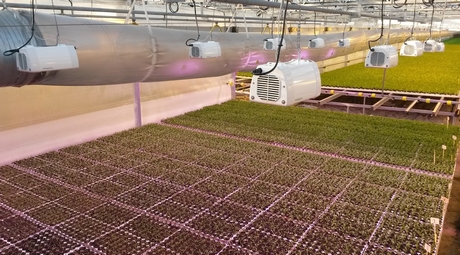 Nowadays, commercial horticulture is all about data capturing and implementing adaptive systems. According to Steele, Heliospectra’s products fit in very well to the 21st century picture of growing and technology. “Our luminaires are based on the idea of giving the crop exactly what it needs, when it needs it. They are fully controllable -it's not simply a case of switching them on and off and experiencing a ’you get what you get’ sort of effect. Dynamic control is new to commercial growing, so we are challenged with translating this into a system that is easy to use, but still takes advantage of our extensive research and experience into growing better crops more efficiently.” 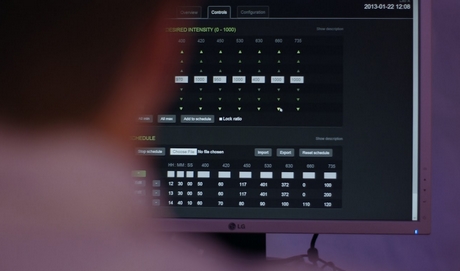 And that commercial greenhouse growers aren’t scared of implementing a bit of this advanced LED technology is being confirmed by fresh herbs grower Swedeponic. “Swedeponic now has 42 fixtures of our newest LX60 in place at its glasshouse just of outside Södertälje,” Steele said. “The LX60 is an effective, energy-efficient, and less expensive Heliospectra LED grow light. It produces the light spectrum that growers like Swedeponic demands, but compared to our previous research system it is half the weight, and has twice as much light output. It is completely designed for use in a commercial situation.” 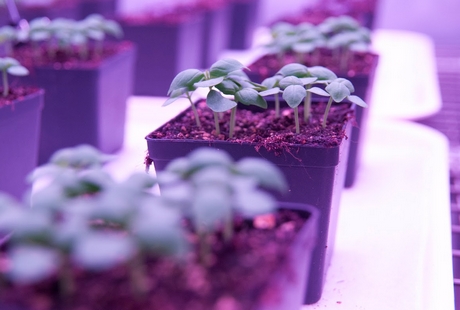 "The installation at Swedeponic generated a lot of interest from both Swedish and international growers. As a result, there are commercial discussions going on for some large-scale installations in salads, herbs and flowers."

Steele affirms that entering the market with LED systems for commercial growers will not slow down the R&D at Heliospectra. “Scientists transfer a lot of knowledge to growers and pave the way for commercial utilization. There’s a dialogue in both directions, hence we will not cut out our R&D in order to deploy the commercial utilization of our products. Obviously without sales you cannot do technology development and vice versa, the two go hand in hand. Our company is an innovator in the industry, and we will continue to be this in terms of technological improvement of our products and how our products fit into the entire system within a greenhouse. As well as this, it’s the R&D that enables us also to make immense improvements within our current products (for example, the L4A to LX60- half the weight, twice the power).” The fact that Heliospectra didn’t forget the research side of the industry is being confirmed by a new product that will be launched very soon. That will be very impressive in its capabilities. Steele said. “It’s our new research system - a follow up to the L4A Series. It’s a 300 Watt system, with 9 individual colours ranging from 370 nanometres to 735 nanometres. The price point is going to be just under 2000 EUR, which is a drastic improvement from our 5000 EUR L4A system. It has all of the same features, but it’s created into a much tighter package.”

Also, to make it easier for all customers to source Heliospectra grow lights, they just launched the possibility to order online via their website. Customers can now purchase directly from http://store.heliospectra.com