In Chinese protected agriculture, more than 70% is simple plastic tunnel, about 20% is solar greenhouse (a wall + plastic cover). High-tech greenhouses used to represent only less than 1% of China’s total protected horticultural acreage, with most of them being only for demonstration and research, not for production. However, according to Didi Qian, Area manager China for GreenQ, “the Government has invested a lot of money to develop those projects, encouraging the private investment in the sector and providing both financial and regulation support during the operation stage.“ 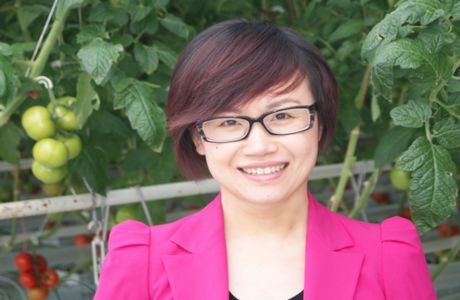 Didi explains the various driving forces for this change. Firstly, there haveve been “food safety problems caused by an excessive presence of hormones and pesticides in horticultural products, which makes the consumers to lose their trust on locally-produced food.”

Secondly, water saving in agricultural production, which is regulated by the Government; and last but not least the, cost of labor is escalating. The investment in high-tech greenhouses is intended to solve all these issues.

According to Didi, China started to import advanced horticultural technology from the Netherlands more than 10 years ago. “So called Dutch glass greenhouses, for example, have been built in many places in China; however, there are not so many cases of profitable ones, as greenhouse managers were not ready to use the advanced Dutch systems for climate and irrigation control.“

“Imagine if you would buy a formula 1 car. Buying this would instantly mean you know how to drive it,” states Didi. “As a result, investors and entrepreneurs started to send their staff abroad for training to training facilities such as the Horti Experience Centre of GreenQ in the Netherlands and USA.. Foreign expert consultants are required to go to China to the greenhouse sites to give advice on greenhouse cultivation and management.”

“Soilless cultivation is a good example,” continues Didi. “Chinese people imported irrigation systems and substrates from the Netherlands. When irrigation systems were installed, and the crops were planted on the substrate (instead of soil), the traditional growers realized that they didn’t know how to irrigate the crops at all, or they irrigated the crops in the same way as they used to for soil cultivation, which resulted in a loss of production and quality. GreenQ has experienced the difficulty of shifting growers way of thinking from soil cultivation to soilless cultivation. By integration of Dutch soilless cultivation in the traditional solar greenhouse in China, production of tomato has an increase of 50% compared to traditional way.” 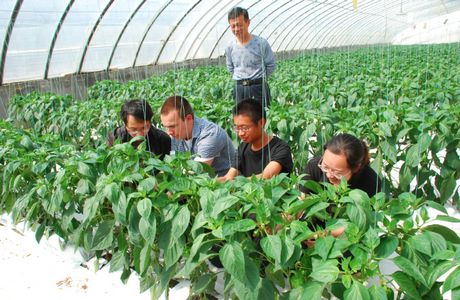 In short, all the advanced technology is available in China, but the essential thing to improve horticulture is knowing how to use this available advanced.

Technology as mentioned above, food safety is a big problem in China, especially in the big metropolis like Beijing or Shanghai. Consumers are traditionally willing to pay higher prices for higher quality, safer vegetables, but in the past the market could not meet such demands.

To address this issue, “the Chinese government has been encouraging horticultural business over the past two years to shift from growers owning small scale low tech greenhouses to entrepreneurs building large greenhouse complexes and renting them to local growers, or hiring employees to work in them. A move intended to promote the change from small to large scale operations,” concludes Didi Qian.

GreenQ responds to the issues in the market by providing horticultural expertise through a unique method of combining hands-on advice with training towards the knowledge development of the responsible staff and agronomists.

At this moment GreenQ has several Chinese speaking consultants operating in China which were trained in the Netherlands for an extensive learning period. Together with GreenQ´s Dutch consultants team they are supplying integrated horticultural knowledge and skills into the Chinese market.