GGS Structures: A world player in the development of greenhouse businesses

“No matter what kind of crop is grown, they are safe in our structures”

Starting out as a family business in 1979, the Canadian company GGS Structures, specialised in the design, manufacture, and installation of commercial greenhouse structures has become an important player in the North American greenhouse development. Speaking to the company’s president Leigh Coulter, we learn that GGS is a forward thinking greenhouse constructor that is not afraid to assist clients in building long-lasting greenhouses with the right heating, cooling, ventilation, benches, irrigation, environmental controls, and many other supplies. “No matter what kind of crop is grown, they are safe in our structures.”

Having the chance to speak to GGS’ Leigh Coulter, the question that was on the tip of my tongue was about her company’s marketing activities in the medical marijuana business. On the company’s website much information can be found about this new developing industry. GGS Structures has developed a relationship with many of the medical marijuana growers in Canada and developed integrated growing solutions intended to maximise their production. In the United States the cultivation of this new greenhouse cash crop is a very difficult topic in regards to federal and state laws. “In the U.S. this is legal in some states, but illegal federally, which can be really problematic; in Canada, it is relatively straight forward, but very cumbersome,” explains Leigh, president of the family owned business. 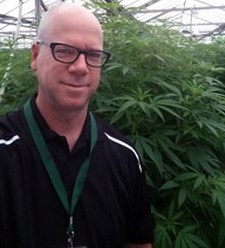 According to Leigh, Health Canada has approved only 13 facilities. They are all warehouse facilities, and GGS has been instrumental in building the growing rooms for many of them. However, no greenhouses have been approved yet, but attempts are being made and GGS is working with interested growers to retrofit greenhouses for the regulatory requirements of Canada’s MMPR. “I’m not sure how big a market it’s going to be. In early April there were 650 applicants, the numbers now are close to 1,000, but only 13 have been approved, so it’s still a small speciality market in which large investments are needed and where we have developed a good expertise.”
GGS is also active in other industries as well; the company has a long-standing history in the North American ornamental greenhouse, produce greenhouses, and nursery industry.
Regarding the situation for greenhouse vegetable growers in North America, Leigh affirms that “this year was a tough start for all, as the winter was too long and very harsh; the growers had to spend a lot on the heating of their operations. Niagrow saw an increase in requests for energy efficiency improvements, and growers are definitely paying attention to payback on energy curtains we supply.”
“The same situation counts for the ornamental growers, there was a lot of produce still on the shelves in May, although the season has finished well for many growers. Our company growth and sales quite literally requires our customers to grow first, so we have a vested interest in helping our customers grow.”

GGS Structures is mainly focused on the North American market, but it also has clients all over the world. In Europe, it has clients in the Netherlands, Germany and in Asia it sells strongly in Japan. “We have a distributor there, so we do a lot of business in Japan. International business is exciting and it keeps you on your toes, as different regions have different demands and you need to be customer-focused, which also helps when selling to the customer next door,” said Leigh Coulter. 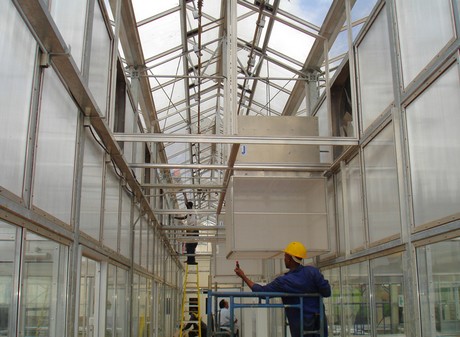 Construction going on inside a research greenhouse facility in Kenya

The strength of GGS globally is further augmented by a well thought out strategy of diversification, vertical, and horizontal integration. In addition to greenhouses and high tunnels GGS manufactures a line of fabric covered buildings branded under the name Tasco Dome which serves markets for cold storage, equestrian riding arenas, and training tracks, and recycling centers. 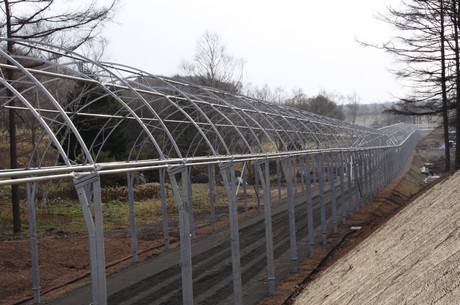 GGS Structures is part of the Growers Greenhouse Supplies Inc. group of companies which includes Niagrow Systems Ltd. which is the leading North American mechanical engineering firm for hydronic heating in the greenhouse industry, and JGS Limited which provides specialty research greenhouse design and construction to governments, universities, and industry. Like GGS, JGS Limited builds research greenhouse facilities all over the world