Last week the Dutch Trial Center Tomato of Rijk Zwaan opened its doors to the general public. Growers were able to see the new varieties and discuss with them with consultants. John Verbruggen of Rijk Zwaan keeps us updated. 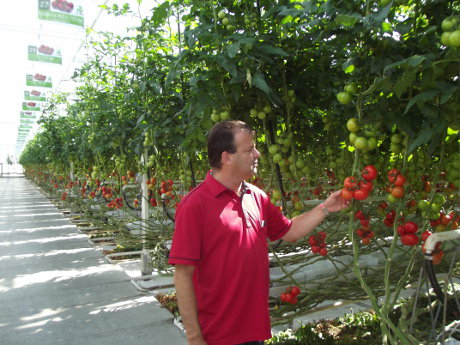 The most important newcomer for Rijk Zwaan in the Middle Vine segment is Maticia RZ. This tomato is suitable for unlit cultivation. It’s mildew resistant, has flat vines and a deep red color. The tomatoes weigh about 2 grams more compared to the standard variety in this segment (Cappricia). John Verbruggen: "If this variety is guided generatively, then it has the potential to produce 2 kg more."

In that same segment, but for lit cultivation, Rijk Zwaan presents 72-707 RZ. This is an open generative crop with good endurance. It has a nice round fruit shape. This year there are still some tests with 72-707 RZ.

72-752 RZ is a promising new variety in the Coarse Vine segment. John: "Especially early production is valuable, we see that this breed has a definite edge over other varieties in this segment.”

In Germany, especially the 72-712 RZ popular. This is the Fine Vine segment and comes next Lyterno RZ. The taste is good.
In regard to the loose tomatoes, there are two newcomers that deserve special attention:

- 72-389 RZ. This is an Arvento-type with an even better taste. The production is also slightly higher. The fruit weight is a few grams more than Arvento.

- 72-390 RZ. This tomato is heavier again. Compared with Arvento the fruit weight is a whopping 15-20 grams higher. The taste is similar. 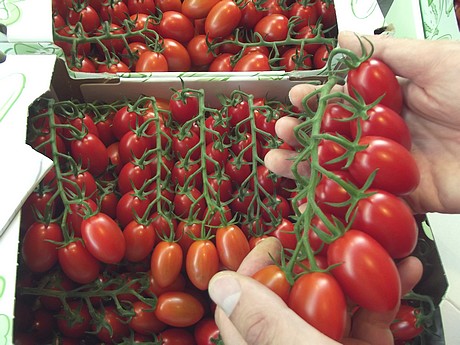 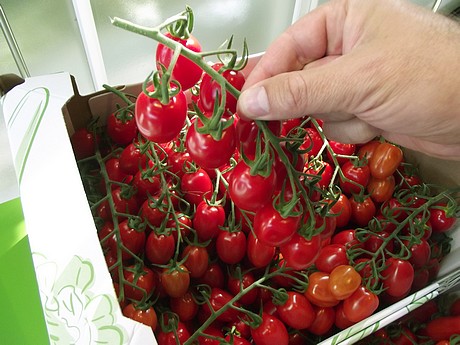 Confetto RZ
Confetto RZ is a Blocky-mini. Because of its high brix value, it is now grown as a snack tomato. It is a long crop with an open character. 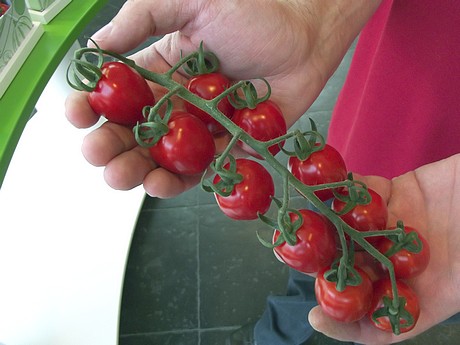 Vacetto RZ
Vacetto RZ is a Blocky mini vine tomato. This variety is vigorous, has nice thick green areas and a good flavour. John: "For the RZ Vacetto is already much interest.” 72-165 RZ
72-165 RZ is the midi blocked tomato by Rijk Zwaan. This will be used by the hospitality industry. It is a productive tomato. The production can be compared with a cocktail tomato.
For more information:
Rijk Zwaan
John Verbruggen
Tel 06 20 24 71 74
j.verbruggen@rijkzwaan.nl