Spain: El Ejido growers team up and start own sales 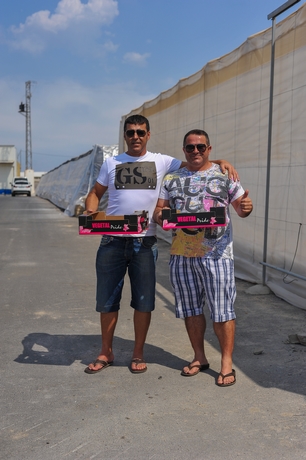 From humble origins, Spanish greenhouse growers Antonio Martin and Nicolas Romero are pioneering a business model in Spain that deals directly with customers. Formed a few years ago as a partnership between their two operations, they continue to grow while selling their product directly to the fresh produce chain in Europe. HortiDaily.com met the two growers at their greenhouses in San Augustin, El Eijido, the most concentrated greenhouse area in Almeria.

Since this year, Antonio Martin and Nicolas Romero have found a new brand to market their greenhouse produce; Vegetal Pride. The growers behind the brand came from family businesses. Both remember the origins of their business as starting with less than a hectare of production, but now they've pooled their resources to form a company that has a total of 17 hectares of 'Almeria styled' plastic greenhouse production.

At first, their respective companies sold peppers, aubergine and cucumbers to a cooperative that marketed and sold produce pooled from several growers. Time to time, the growers sold little parts of their harvest directly to customers. This amount increased over the years, and nowadays all of their product is sold directly.

Their model includes catering to the needs of their customers, since they deal with them directly instead of through a broker or an auction, and they base many of their planting decisions on input from their clients. Their two harvests, the first of which starts in September and a second in February, is based on customer demands, and while they practice IPM and residue-free growing out of a sense of environmental responsibility, they are also aware that the kind of growing they undertake produces a type of cucumber that has become increasingly popular throughout Europe.

Since the growers are shipping direct, they have a modern packing facility to sort and flowpack their long cucumbers. They also have a cooling facility available to store numerous pallets.

"Nowadays customers are demanding for residue free produce, so we are putting in a lot of effort to grow a product that fulfills there expectations", said Romero. "We are using biological crop protection like the Swirskii system from Biobest to fight Whitefly and Thrips. We really can't work without beneficial insects anymore and really believe that this integration will be the future of greenhouse growing for us."

Martin ads that they try to last as long as possible, without using chemicals. "In the first place chemicals are no option for us. Last year we didn't have to spray for a long period. Next to that we are also investing in preventive measures to fight plagues. We are bringing in the Swirksii population into the crop preventive, so the population is in full force once a plague will appear." 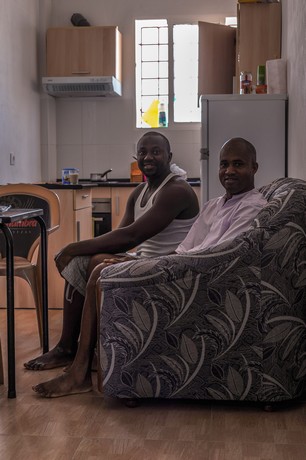 Antonio and Nicolas welcome their customers on their greenhouse farm to show how their way of working. They are aware of the fact that striking out on their own also has its share of difficulties. They take care of all the certifications and quality control standards that a cooperative would normally handle, and they have the added stress that comes with not having a guaranteed buyer. But Martin and Romero have handled those issues well.

“It's difficult to sell your product directly when you don't have much production,” said Martin. “That's why we pooled our greenhouses together.” They also decided to focus exclusively on long cucumbers, figuring that it's better to master one crop rather than being adequate at many. For the first time coming season, their cucumbers are now marketed under the Vegetal Pride brand to customers throughout Europe. Having that diverse customer base has also helped them weather one of the potential problems that comes with selling a product directly.

On the right side: Two Senegalse workers are living in a neat facility at the greenhouse complex.

“It's easier to sell to one customer, but having many is better because you will have security in case one buyer decides they want less of your product,” said Romero. But they haven't had that problem yet, as both Martin and Romero said the growth of their brand has been very good since they started selling their cucumbers under the current model.

Romero in the fertilizer facility. All of the mixes are made with a computer.

“So long as things go well, we'll keep growing,” said Martin. “But we're also mindful of growing in a way where we maintain control of the business and we can retain a work-life balance.”