"For a long time, iceberg lettuce was much too cheap"

"Furthermore, there were very good growing conditions in Spain, which is why there was generally far too much produce on the market. In previous years, we could have been quite satisfied with the prices. Because of the increased freight costs, prices have been absolutely unsatisfactory." 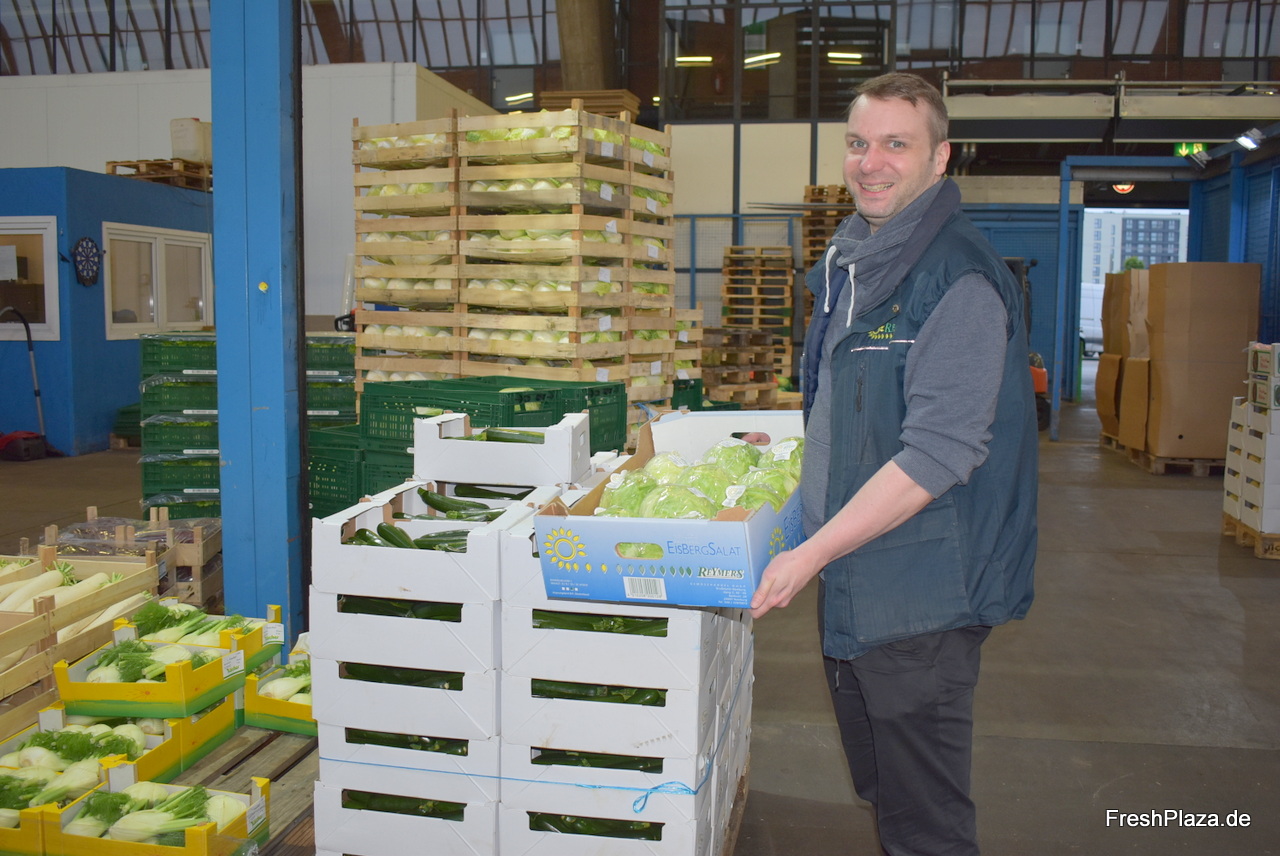 As is customary, business tends to start quietly for many companies in January, and Reymers is no exception. "The 2022 Christmas business has been comparable to 2021. It felt quieter because it was spread out over more days. But it was basically a normal week," Reymers said.

Complementary imports from Spain
In addition to the produce from his brother Dierk Reymers' farm, the wholesaler also offers iceberg lettuce from Spain, which comes in its own packaging. "It's a way to build a brand and make a name for yourself with the quality." Reymers can offer the Spanish produce from early November to mid-May, distributing 1 to 2 trucks per week before starting to market the fresh crop from its own production again. In addition, he also offers broccoli from Spain, the price level of which is stable at just under 2.00 EUR/kg.

Freight prices have increased by up to 20 percent compared to last year, he said. "We hope, of course, that the whole situation will improve during the year. But we also know of grower companies that have had to go out of business. As a result, however, the supply has become somewhat smaller, and people have also become more cautious in cultivation. With less commodity pressure, at least you can tend to price higher."

"It is to be feared, however, that the retail chains will continue to try to buy at the usual low level, forgetting the massively increased costs in cultivation," Reymers said. "The number of growers is no longer increasing—quite the opposite. The Netherlands also markets its Spanish imports. But in fact, they don't feel the competition as much in winter from the neighboring country because they also buy their goods through Spain and have to add their margins and freight."