Supplies of tomatoes in the US are slightly uneven right now. Supplies on field-grown tomatoes, 5x6s, and Romas have improved and are back down around $1/lb., which is coming down from a lengthy run at $2/lb., particularly following Hurricane Ian at the end of September.

“However, premium TOV (tomato on the vine) supplies have tightened dramatically at the end of the year,” says James Williams of Intergrow Greenhouses. “It sounds like there were a lot of pre-planned ads to move expected larger supplies around the holidays, and the supply just wasn’t there to support, and a lot of short buys sucked up what was available in the open market. Going into 2023, we are seeing spot market prices for clusters approaching $3/lb.”

Following Hurricane Ian, grape tomatoes were also priced over $2/lb on bulk products and over $3/lb on packaged dry pints. “Supply has since improved, and the pricing has dropped to more or less average. Currently, the premium on the vine snacking sector is oversupplied,” says Williams.

As for demand, it appears to be average to good for this time of year, with pricing mainly being driven on the supply side. In the tomato movement, there are some developments starting with the role of sustainable packaging. Recently Intergrow had to purchase fill-in materials while waiting for its normal materials to arrive. “Subbing a plastic tray for a normal paperboard tray led to a lot of passionate comments from upset consumers,” said Williams. “A lot of buyers seem interested in alternative packaging, but the costs are just too high right now. However, to our surprise, this packaging switch-up really enraged a lot of loyal end consumers, and this means that although we’re not seeing large movement in this trend right now, consumers are paying more and more attention, and at the end of the day, their dollars talk.” 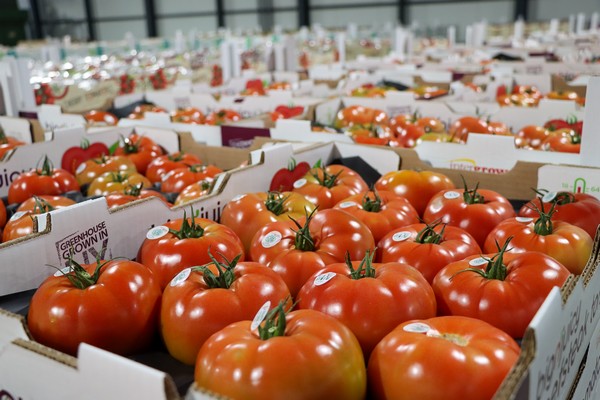 On the growing side, there’s also a continued focus on the Brown Rugose Virus, a disease the industry has been dealing with for a few years now and has caused hardship via it reducing plant vigor, compromising quality, and shorting the longevity of an otherwise productive crop. “Growers are learning to adjust and adapt, utilizing different cultural and labor practices, enforcing workforce isolation, and using excessive sanitary procedures,” says Williams. “We’re testing some new “resistant” varieties in hopes that we find something that fits. However, even this isn’t a true silver bullet. A new variety has to work in our climate and our labor system. It has to appear and taste the way customers want, and it has to yield enough to make the wheels of the operation turn.” He adds that on its high-flavor snacking varieties, the bar is even higher and that it may be years before it can find a suitable resistant variety.

The impact of higher energy costs
Meanwhile, other industry challenges include increasing energy costs which have made wintertime growing more costly. “As one of our largest expenses for winter production, these hikes in utilities, first spurred by the distant war in Ukraine, have lingered, directly affecting our bottom line,” says Williams.

As for pricing, on a rolling four-year trend, December 2022 saw above-average pricing. Though the sentiment is that higher pricing is needed in winter months to sustain healthy operating margins. “All of this increased costing we’ve been experiencing paired with below average yield due to disease pressure, at the end of the day the tomatoes have to be worth more. Otherwise, growers will just stop growing,” says Williams. He notes that its European partners have reported many greenhouses outfitted with lights for winter production will not be producing this time of year due to costs. 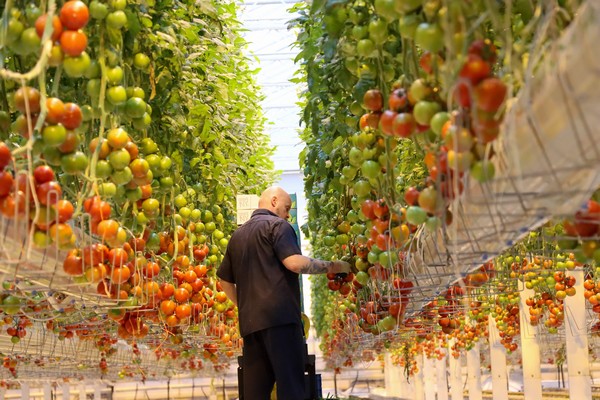 Looking ahead, though, movement is typically good in the new year thanks to healthy eating resolutions. “There’s usually not too much new supply entering the market this time of year, and January tends to be one of the strongest months as far as pricing goes. So, in the short-term, I expect pricing to hold,” says Williams.

However, with decent field tomato availability again at the $1/lb. pricing that will put pressure on other items, including hothouse tomatoes. “There’s also the unknown around the virus, forcing crops to end early and shifting cropping cycles out of their normal timing we’ve seen in past years,” says Williams.