Domestic radicchio rosa season gets underway at the beginning of 2023

Primed to start when consumers are ready to put holiday eating behind them, the domestic radicchio rosa season will get a slightly later start this year out of California.

J. Marchini Farms grows the tender-leafed, mild chicory item in the Central Valley of California and will begin harvest right around the new year. “We are having a really unpredictable growing season this year. We’re having later heat, and now we’re having some cold spells, so everything is slightly delayed by about a week to two weeks,” says Francesca Fordice of J. Marchini, noting its acreage of the vegetable has not changed. “Our goal is generally to have enough supply until Valentine’s Day.” 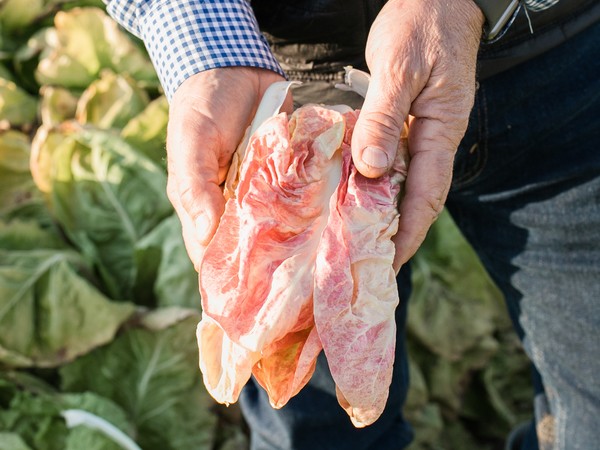 This niche item, of which J. Marchini is one of the largest domestic growers of it, is found in local farmer’s markets and some retailers. “You do see some more growers in the Northeast region--they are growing more chicories, but they’re not growing volume,” she says, noting that aside from California, volume of the product may also be imported from Italy where radicchio rosa is a popular item that Italy ships throughout Europe.

As for demand, Fordice anticipates it to be healthy. “We expect demand to be even better than last year. Everybody last year said it was a really great item. Normally a lot of restaurants like it. The chefs love it because it’s January, and it’s fresh and different, and they’re kind of done with squashes, for example, and are ready for something new.”

Given the item has a range of coloring from a light blush to a deeper magenta, it’s also an item chefs like to feature on Valentine’s Day menus, and demand tends to increase as the holiday draws closer.

As for pricing, Fordice notes it’s demand-driven but also adds that the product is a premium-priced chicory.