Technical University Delft (TU Delft) organized the International Micro Air Vehicle (IMAV) Greenhouse Challenge to stimulate greenhouse drone and data innovation. From all over the world, about 10 teams participated in the challenge. 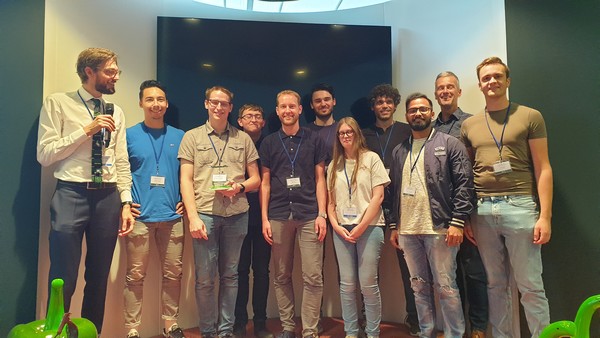 A major development in horticulture is the transition to ‘precision horticulture’ and data-driven growing, in which crops are monitored at the plant level. It requires a high level of automation, starting from data collection and data interpretation to fine-scaled crop actions. Drones have the potential to play an important role in this domain as they can move in three dimensions and observe every greenhouse location against low operational costs. 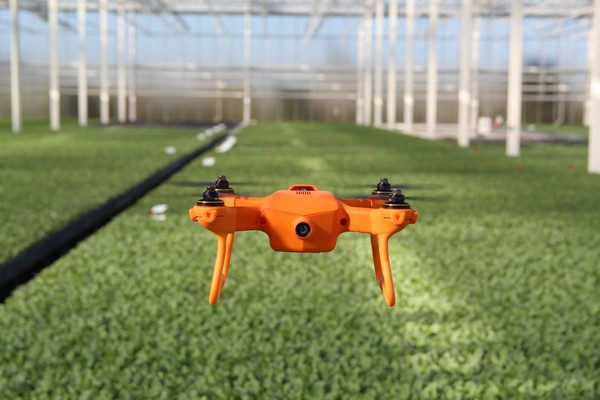 In the competition, the jury looked at how safe a drone was, how light it was(the lighter, the better), and at the number of rows a drone can fly through, and how autonomously the drone can fly. The less external guidance, the better. The challenge was to find a way to have drones with enough features without literally over encumbering them with too much tech.

Leap in development
A total of four teams carried out flights throughout the day on Wednesday. The Dutch Corvus, already known in horticulture, was one of them. When the sleek orange drone completed several rows in succession, the involved technicians cheered. For the Dutch company that already carries out commercial flights in the greenhouse, flying between the tomato plants was a big step forward. Actually, the development for this was only planned later, but this competition was a reason to bring together research and development. With the data after a day of flying in the greenhouse, the specialists can move forward again. 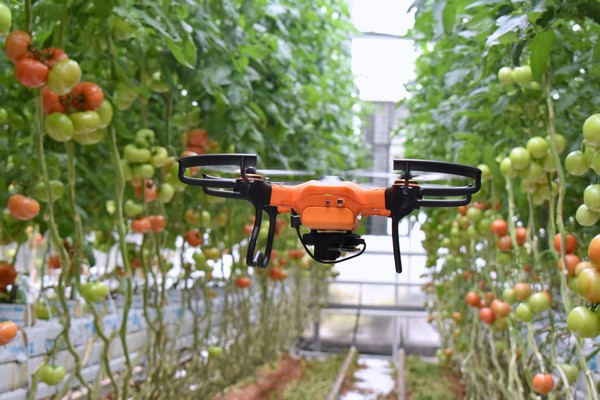 So, Corvus Drones won the challenge because of the flawless flight, the accurate monitoring of the crop, detecting the disease, and the insightful heatmap (temperature, CO2, and humidity). Gerhold ten Voorde, founder of Corvus Drones: “The development team did a great job in just a couple of months. We advanced the row navigation development, which was originally planned for 2023 in our tomato harvest prediction project. It was an impressive task to get navigation, detection, and reporting as well in a fully automated loupe. Our partner, Pheno-Inspect from Germany, executed the computer vision analysis via the Corvus Cloud and did a perfect job. It was great to see all the teams in TomatoWorld developing new innovative drone technologies for horticulture. This is a crucial step towards fully automated data-collection for yield prediction and autonomous growing.”.

The teams have developed a lightweight drone that is able to navigate autonomously in the tomato high wire crop. The goal is to monitor the crop, find a plant disease, and measure CO2 and temperature in the greenhouse. Autonomous means that the drones fly fully automated, so without manual intervention. 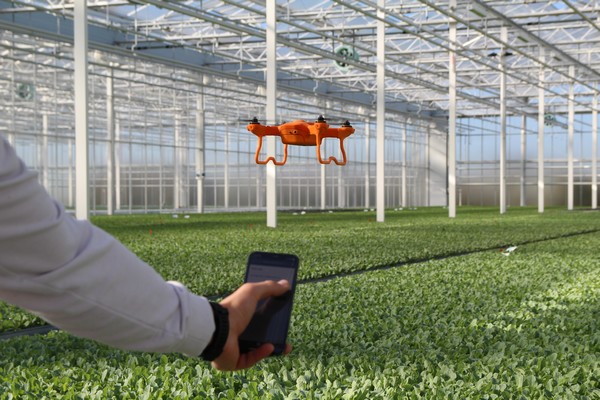 This year, Corvus Drones introduced the first commercial autonomous drone in horticulture. The focus is seed germination in young plants and, for example, flower detection in pot plants. The vision is to deliver the drone-in-a box which is easy to implement and operate. Growers define the flight route in a web application, link a task to the drone, and the drone executes the job automatically. After the flight, the drone returns to the docking station for automatic recharging and proceeds with the task. This is completely without human intervention. Reporting is within 30 minutes in general. Saving costs, better labor planning, and less crop risks are important reasons for growers to use the drone.