Sander van Kampen's Dutch-grown wasabi has become well-known among chefs and hospitality wholesalers. Nowadays, his company, Dutch Wasabi, can offer them several products, including ginger. He cultivates this Asian product in a greenhouse, and it is not, by any means, the grower's last innovative product. 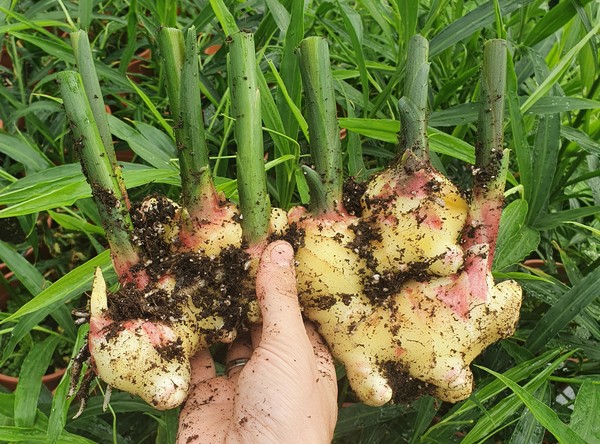 “I've found that you have to run many tests," said Sander, in the trade journal, Primeur's August edition. Until 2016, he was an IT consultant. "Only then can you innovate quickly." And innovate, Sander does. He is one of the very few that cultivates greenhouse wasabi and is, to our knowledge, the only one in the Netherlands. Sander knows of other greenhouse wasabi growers, but they are in Poland, Iceland, and England. There are more greenhouse ginger growers, but still not many.

"At some point, you discover that only wasabi isn't enough, and some of your customers are interested in innovative products. When someone approached me asking if we could grow ginger plants, I said, 'yes'. Then I discovered what ginger looks like when you grub it. I started testing that product and got a positive response from chefs and wholesalers. They found it a beautiful, different product from what they were used to. Ginger is very often still imported," Sander continued. 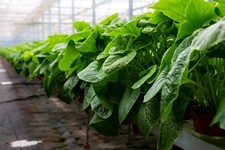 Robust business model
Sander first brought his wasabi to market in 2018. "But we only have genuinely larger quantities this year. Wasabi isn't an easy crop to master. It takes long, 18 months, to grow. And you're faced with many unknown diseases and pests along the way."

"You have to use what you know, also about other crops, and see if it suits this new, unfamiliar crop," explains Sander. Much the same is true for ginger. "That takes less time to grow - you plant in the spring and harvest in the fall - but here, too, the learning curve is steep. Fortunately, ginger has somewhat fewer diseases and pests." Neither of these crops has cultivation protocols yet. "You have to come up with everything yourself. That's what I like about it," Van Kampen admits.

He says you cannot compare growing wasabi and ginger. Dutch Wasabi cultivates these products in separate greenhouses. "They're both a seasoning. With ginger, we can serve a wider target group. It's a better-known product and less pricey than wasabi."

Chefs and wholesalers but these unusual greenhouse products. "Some chefs buy directly from us, but more often, they buy it via wholesalers who get the product from us," says Sander. He has a webshop too. "That's mainly for consumer sales, but it's also a showcase for chefs. They can see what we all have to offer." For example, Dutch Wasabi also has Japanese ginger called myoga. You eat the flower, not the root. "We're going to do more of this," adds Sander. 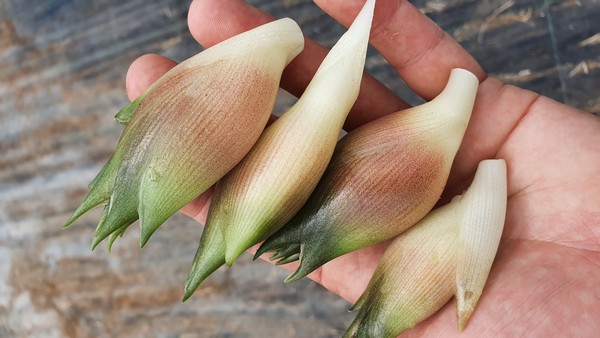 Shiso is another unfamiliar Asian product. However, another grower also offers this mint variety. "So, I think we're going to stop with it. You get green, red and bi-colored kinds. We're constantly searching and testing and sometimes bringing a product to market without knowing if it will succeed. We also offer shiso flowers, but I don't think we're good enough at that yet. Then you have to stop and focus on other things."

Dutch Wasabi considers itself a Japanese/Asian herb garden for (home)chefs. "The webshop and a growing product range are slowly creating a 'robust business model'. It's a long-term process, which I certainly underestimated when I began," admits Sander.

During the pandemic, his whole greenhouse was full of wasabi plants. Not ideal, with the hospitality industry closed. "Potted plants were in huge demand, though, so that's when I got the idea to sell the wasabi, which we grow in pots, as a potted plant. Then we also started selling ginger as a potted plant, and those sales began increasing. By constantly testing new things and keeping costs down, you keep things going." 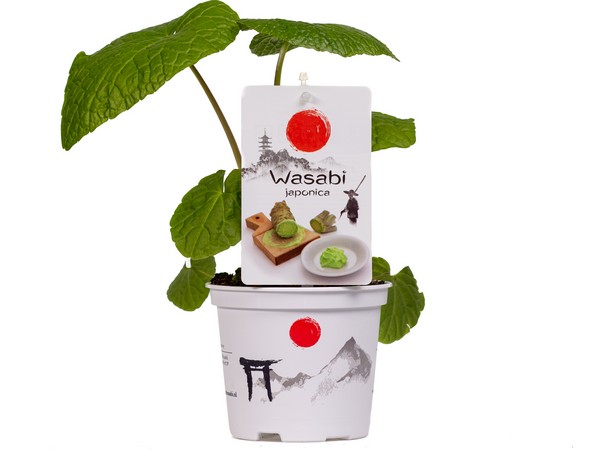 CO2 footprint
Also, do not expect Dutch Wasabi to be housed in a brand-new, high-tech greenhouse. "We lease a greenhouse and keep the costs low. The greenhouse isn't completely full yet, either. There's room for new things, and we're doing plenty of that," says the grower. Also, in terms of cultivation and energy consumption. "Growing ginger uses quite a lot of energy; it's definitely not a cold crop."

"With the current energy situation this year, we're seeing how we can grow ginger properly while using as little energy as possible. That, too, is fun to figure out. The high gas price makes you resourceful; it gets you thinking. It's tough, but it's worth it," says Sander. The ginger is planted in January and February and is harvested from July to October. "We don't offer the product year-round."

Sander says he is suddenly being asked about his products' CO2 footprint, something that has not happened before. "A few years back, people really didn't ask me about that; now they do. A product's carbon footprint is becoming increasingly important. It's thus crucial to show what you're doing to keep it as low as possible. A big difference with ginger is our fertilizer use, which is much lower than in China," he explains.

"We use gas; they don't. Considering what I know of Chinese ginger's CO2 footprint, I think we're doing good. I think we should definitely point that out more in our marketing. That will, and our product being local and tasting unique, will help distinguish us, from other growers too." Sander is also already looking further afield at other products. "I expect we can start testing something new again next year," he concludes. 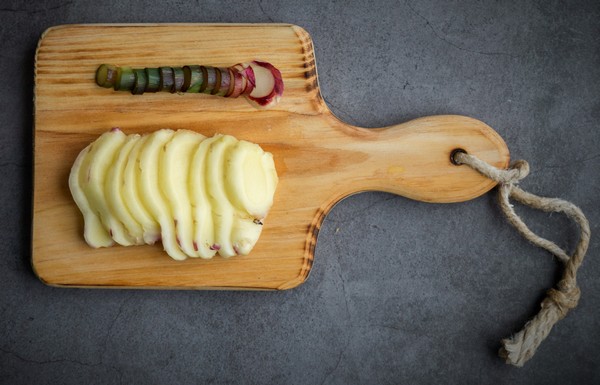